'You're a coward' - Anyidoho tells Ofosu-Ampofo 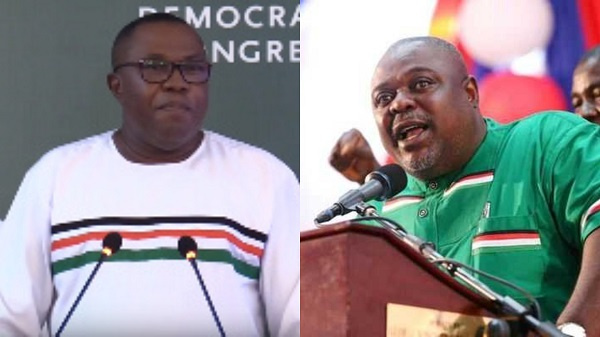 Former Deputy General Secretary of the National Democratic Congress (NDC), Koku Anyidoho has hit out at the Chairman of the party, Samuel Ofosu-Ampofo.

Mr Anyidoho has described Ofosu-Ampofo as a coward.

His outrage is a result of the recent outburst of the party’s National Communications Officer, Sammy Gyamfi who hit out at the party's leadership of Parliament.

According to Anyidoho, the silence of Ofosu-Ampofo on the matter is an act of cowardice.

And I am saying that Samuel Ofosu-Ampofo, stop sitting down there and talking about Koku Anyidoho and Allotey Jacobs. You are a coward, Ofosu-Ampofo is a coward. If he is a man he should get up and condemn this nonsense and let’s move on,” he fumed.

According to Anyidoho, the Party Chairman’s cowardice is borne out of his failure to show leadership and has thus challenged him to put down his job if he feels he is not in the position to effectively discharge his duties.

“He is a coward, he is not prepared to lead the party. This party was born out of a revolution. People have toiled, people have died. Ofosu-Ampofo, if you want to lead, lead. If you don’t want to lead step aside. But we shall not allow you to cede your authority to anybody,” he added.

The party earlier this year announced that it had suspended Mr Anyidoho due to some disciplinary issues.