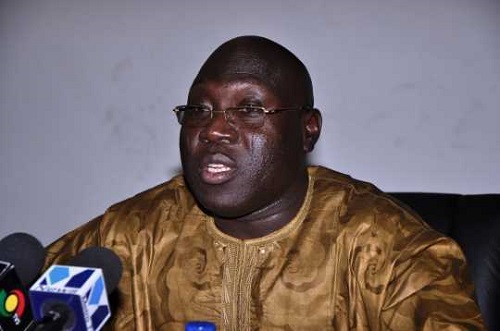 The ranking member of the Constitutional and Legal Affair Committee of parliament said the decision by the president is very dangerous.

"The judicial system is self-correcting does what I want you to understand, is very dangerous for a president to begin to say I'm curtailing the discretion of judges in a democratic dispensation like ours is very dangerous," he said in an interview with Joy FM.

President Akufo-Addo has assented to the new illegal mining law which pegs sentences for offenders between 15 to 25 years.

The President addressing members of the Council of State on Tuesday, August 20, 2019, said government took the decision to amend the law and increase the lenient laws and take away the discretion of judges who gave offenders minor sentences.

Akufo-Addo said “we had to take away some of the discretionary of the judges…because they are not cooperating with these matters.”

“People are caught they take them to court and they are granted bail and then they disappear,” he stated, adding that the passage of the law and its assent “is another important step taken in the fight against galamsey.”

Those who intervene for others will also receive stiffer punishment.

He said the law which was brought to him for his assent just yesterday, will ensure that the undesired bails that are granted to both Ghanaians and foreigners who destroy the environment.

Following the widespread devastation of water resources and forest reserves as a result of the activities of illegal mining, the government, in January 2017 placed a ban on small scale mining for a period of six months.

Illegal mining is mining activity that is undertaken without state permission, in particular in absence of land rights, mining licenses, and exploration or mineral transportation permits.