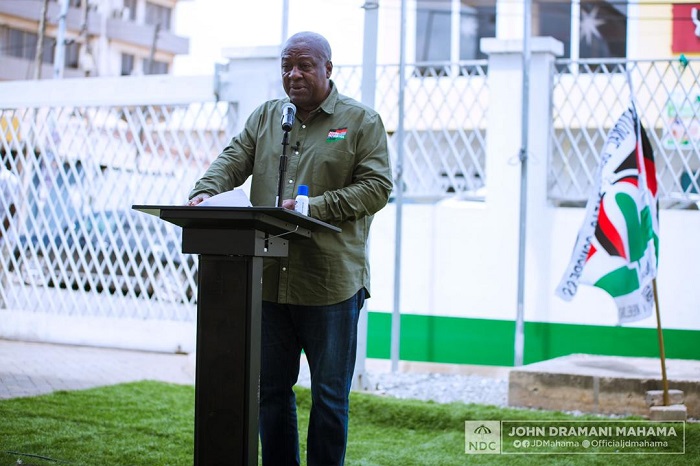 The address which is set to come off at 8:pm follows the declaration of the New Patriotic Party’s flagbearer, Akufo-Addo as the winner of the presidential elections by the chairperson of the Electoral Commission, Jean Mensa.

The results, the Chairperson noted “excludes that of the Techiman South Constituency, with a voter population of 1 hundred and 28 thousand and 18 (128,018).

"The said election results are not ready because they are being contested. As such collation is not complete. The difference between the total number of votes between by the first and second candidates is 5 hundred and 15 thousand, 5 hundred and 24 votes (515,524)," she said.

The NDC has since rejected the results of the presidential elections.

General Secretary for the NDC, Asiedu Nketia addressing a press conference said John Mahama will soon announce the real figures of the presidential race as against what the EC has declared.

Asiedu Nketia also said they are ready with their pink sheets because the figures from the EC are not a true reflection of the polls.

Recounting events leading to the declaration, he said they sent a petition to the EC but they refused to grant them hearing to be able to resolve all issues before the declaration.

He said this is the first time EC had to go back and correct figures after declaration.