''Lies, inaccuracies should not be the hallmark of political leaders''- Akufo-Addo 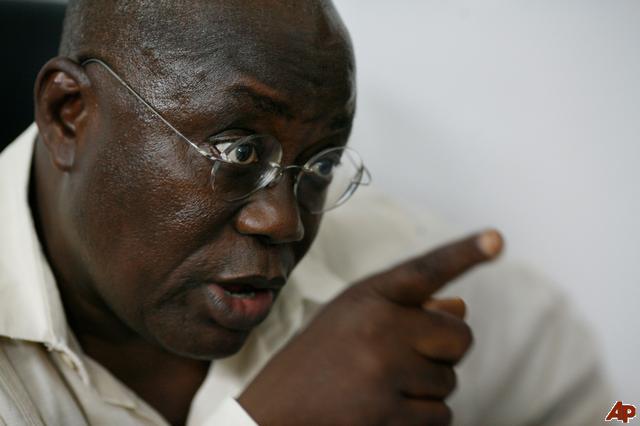 ''Lies, inaccuracies should not be the hallmark of political leaders''-Akufo-Addo
Shares

President Akufo-Addo has admonished political leaders to be truthful to Ghanaians and desist from lies, inaccuracies and misrepresentations.

He made this known while addressing a gathering at a durbar in his honour at Jasikan on May 14, 2019, at the start of his two-day tour of the Oti Region.

According to the President: “Lies, inaccuracies and misrepresentations should not be the hallmark of political leaders.''

At the durbar, President Akufo-Addo recounted how, in 2016, he said he was yet to see the so-called “unprecedented infrastructural projects” touted by his predecessor, John Dramani Mahama.

“I stated, at the time, that, wherever I have been to, I never saw these so-called unprecedented infrastructural projects he (Mahama) claimed he had done. He responded by telling me that I was asleep, the reason why I hadn’t seen these projects.''

“However, there has not been a single durbar across the country where I have been where the issue of the poor road network has been raised by the Chiefs and people,” the President said.

He further indicated that:'' I will not say I have done the Hohoe-Jasikan-Dodo Pepeso road when, indeed, it has not been constructed. I will never say such a thing.''

Also, at the durbar, he said $45 million had been earmarked, under the Phase One projects of the $2 billion Government of Ghana-Sinohydro Master Project Agreement, for the construction of the Jasikan to Dodo Pepesu road.

Work on the 54-kilometre Jasikan to Dodo Pepesu stretch of the Eastern Corridor Road will commence from July, this year, President Akufo-Addo assures people of Oti Region.

President Akufo-Addo again assured residents of Jasikan that they would not lack in development following the creation of the Oti Region.