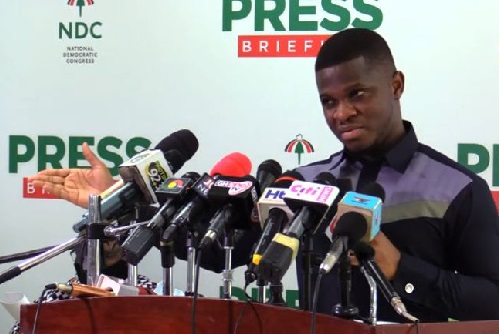 Sammy Gyamfi who is the Communications Officer of the NDC threatened security officers that they will lose their jobs should John Mahama win the upcoming elections.

This has received a lot of backlash from the public and Kweku Baako speaking on Joy FM's NewsFile said these comments are uncalled for. He, therefore, said if he were Mahama he would caution or even reprimand Sammy Gyamfi because this could have collateral damage on the NDC.

"He has shown he has no knowledge of how the police operate, policemen have had cases, gone to court and won. So Sammy Gyamfi going on that line is totally out of place. What he said is avoidable because it has collateral damage for the NDC, these are things you don't say. For a communication officer for a party to go about and make such a statement if I were former John Mahama I would have called him and caution him or even reprimand him."

Sammy Gyamfi in a press conference held on July 22, 2020, indicated that security officials who he accused were in bed with the President will be mercilessly dealt with when the NDC comes into power.

Sammy Gyamfi further took to his twitter handle to stress his message as he tweeted: “Notice is hereby served to all unscrupulous Security Officials who have lent themselves to the despotic Akufo Addo-gov’t as pliant agents of violence against innocent citizens, that the next NDC gov’t will fish them out and deal with them mercilessly when power eventually shifts”.

Below is a video of what Sammy Gyamfi said.