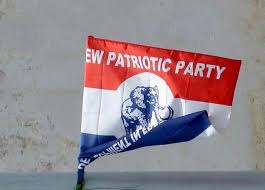 Political Scientist at the University of Ghana, Dr Asah -Asante says mass disqualification of some aspirants in the governing NPP parliamentary primaries may force its members to exit the party.

Commenting on the development on Starr FM today, Dr AsanteÂ warned of deep divisions in the governing New Patriotic Party following the mass disqualification of some aspirants in its parliamentary primaries.

''Whatever the reasons are, what the party should know is that when people become dissatisfied with such decision, it can lead to people going as independent candidates and then that can create trouble for the party in general.And once you would take this decision then you're gradually forcing people out of the party''.

In the case of the disqualified aspirants for Assin Central Constituency isÂ Eric Kwadwo Baidoo, he has threatened to go independent if his appeal to the National Secretariat does not succeed.

The disqualified aspirant who was seeking to scuttle the sixth term bid of NPP's Kennedy Agyapong was disqualified on three grounds by the partyâ€™s vetting committee but his supporters are piling up pressure on him to go unopposed.

Reports indicate that he was disqualified for three major reasons: that he is unknown to the party, he fuelled a demonstration against the party and that he has flouted the rules of the party.

The disappointed and enraged parliamentary aspirant hopeful, however, suspects that his disqualification was fuelled by a vow by Hon. Kennedy Agyapong that he would ensure that he does not get to contest in the primaries.

He accused the vetting committee of disrespecting him as they were bent on disqualifying him so they denied him a fair hearing threatening to contest the seat as an independent candidate if he is still denied the opportunity after appealing the decision.

The two candidates challenging the Incumbent MP for Akuapem North in the NPP parliamentary primaries have been disqualified.

Again, lawyer Philip Addison has also been disqualified in the Akuapem North NPP parliamentary primaries together withÂ William Agyei Twumasi, who is the Bursar of Presbyterian College of Education, Akropong.