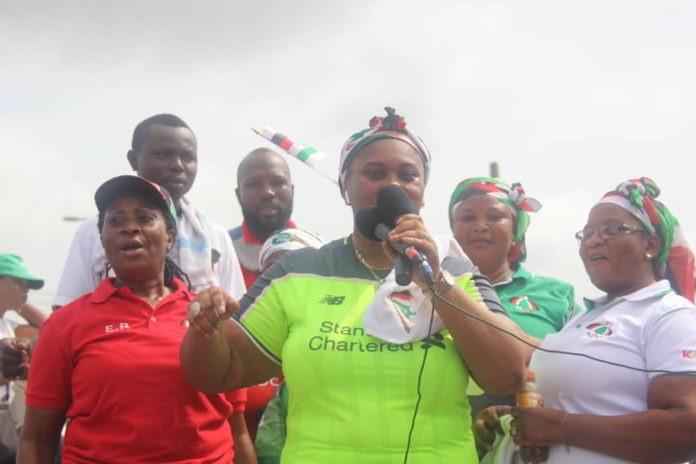 The Eastern regional Women Organizer for the opposition National Democratic Congress (NDC) Shirley Naana Ampem has called on Ghanaians to pray for the NPP to accept defeat in the 2020 general elections.

According to her, Akufo-Addo and the ruling NPP should emulate the former President John Mahama who accepted defeat in the 2016 Presidential election.

“From here let’s remember Ghana in prayers for Allah to continuously grant us peace so that when NDC wins the 2020 election they [NPP government] will accept defeat and hand over peacefully just like what former President Mahama did in 2016”.

She also said the way and manner in which the NPP government removed the former Chairperson of the Electoral Commission, Charlotte Osei and appointed Jean Mensa suggests that the NPP wants to circumvent the electoral system against the will of the people.

The organizer of the “Ramadan Health Walk” Ahmed Mikano Tijani, the Zongo Caucus Coordinator for New Juaben South Constituency said the purpose of the exercise was to foster unity among supporters of the party and energize them to enter into the Ramadam fasting which is a few weeks ahead.