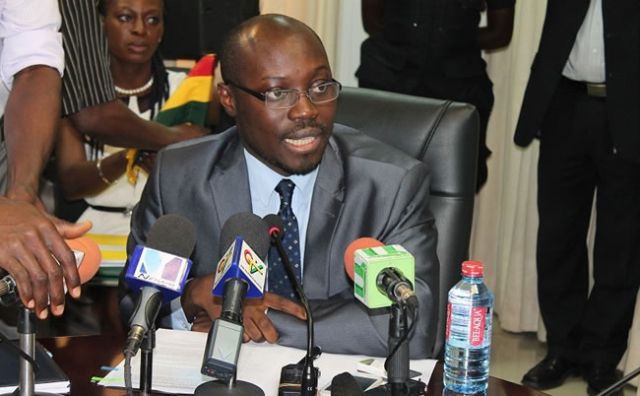 Minority reacts to Bawumia's statement on the economy
Shares

Minority in Parliament says the Vice President Dr Mahamudu Bawumia peddled falsehood when he addressed Ghanaians on the state of the economy yesterday April 3 at a town hall meeting in Accra.

According to the Minority, Dr Bawumia had nothing to say and it looks like he was rather delivering the State of the Nation Address when he touched on things that have nothing to do with the Economic Management Team which he heads.

Minority spokesperson on Finance Casely Ato Forson reacting to some statements made by the Vice President to the media said Dr Bawumia was inconsistent with his address.

“I listened to our Vice President but conclusion was that it was pathetic so pathetic in the sense that our Vice President because he was so upstaged by the Finance Minister he had very little to say, Finance Minister upstaged him in his statement to Parliament so he had little to say so he was more or less like reading a State of the Nation Address that his Excellency the President had delivered I found it mediocre, it’s mediocrity at its height, I could not see anything substantial coming from the Vice President’s statement, you heard him talk about the likes of the Judiciary and the court system what has that have to do with the economic management team, is it State of the Nation Address? He had nothing to say he was trying to play with numbers and again we know him and his credential of lying with numbers quoting GDP rate….debt to GDP using old series under the NDC and when it comes to his time he is using new series you could see lies, he was trying to compare debt as a percentage to GDP and also try to compare certain GDP numbers, by tomorrow afternoon you will hear our response.”

Our worse was your best; NPP to NDC

Vice President Dr Mahamudu Bawumia says the worse performance of the Ghana cedi under the New Patriotic Party' administration is better than best performance under the NDC.

Dr Bawumia was addressing Ghanaians on the state of the economy at a Town hall meeting in Accra. One of the many issues the Vice President had to address is the current state of the Cedi.

The Ghana cedi in recent times kept depreciating at a faster pace thereby affecting the economy.

"So our worse is better than your best and then you say boot for boot, this one is more like boot for 'chalewote' " the Veep added.