Minority brands 2020 budget as uninspiring, calls it an 'exit budget' 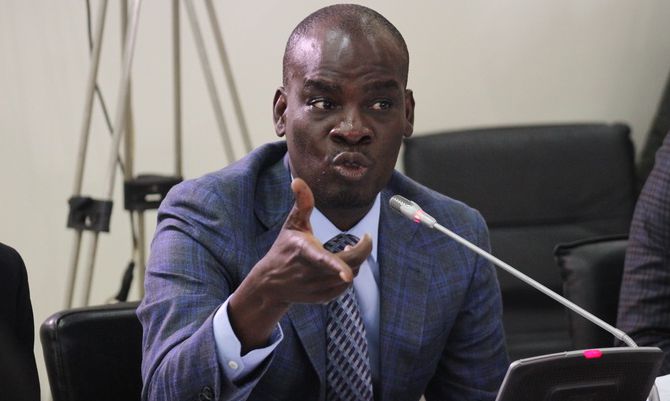 The Minority has tagged the 2020 budget presented by the Finance Minister as an 'exit budget'.

The Minister for Finance Ken Ofori-Atta on Wednesday, November 13, 2019, presented the 2020 budget in Parliament.

The Minority led by Haruna Iddrisu reacting to it said it was “unimpressive and deserves an exit”.

“One uninspiring budget deserves an exit. Ghanaians are worse off under the Akufo-Addo government than the erstwhile Mahama administration”

READ ALSO: Here is the full 2020 budget and financial policy of Gov't

After the budget reading, there was a period of loud noise as the Majority and Minority were hooting at each other.

The Majority were singing songs of praises and saying they will retain power come 2020 with the work they have done so far.

The Minority on the other hand sung several 'bye-bye' songs for the Majority and said Ghanaians will surely vote them out of power for their abysmal work than so far.

The Finance Minister presenting the budget hit on several issues ranging from security, health, finance agriculture among others.

He also said government has not imposed any new taxes in the 2020 budget.

According to Ken Ofori Atta, more focus will be placed on revenue mobilisation.

In October this year government announced its decision to terminate the PDS concession after they claim they detected fundamental and material breaches of PDS's obligations in the provision of payment securities for the transaction and related matters.