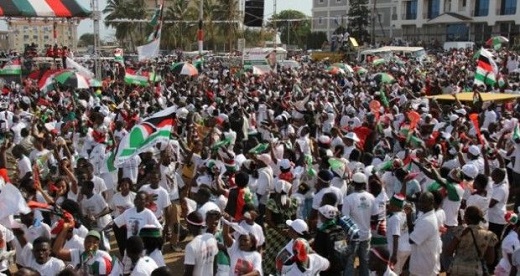 The National Democratic Congress (NDC) is expected to hold its 10th national conference to elect women and youth organisers for the party today, December 10, 2022 at the  University of Cape Coast in the Central Region.

In all, the Vetting Committee has cleared a total of eighteen (18) people for six (6) positions available.

“The committee wishes to inform all candidates, delegates, and stakeholders in the impending elections, that detailed prior accommodation arrangements have already been made for all delegates attending the conference. As such, it is outlawed for any candidate to camp or accommodate any delegate outside of the approved and sanctioned accommodation facilities for delegates.”

For the Women's Organizer slot, Madam Margerat Ansei is running against the incumbent, Dr. Hannah Louisa Bisiw, for the position.

There are four candidates in the race for deputy Women's Organizer: Hajia Alijatta Sulemana, Abigail Akwabea Elorm Mensah, Jessie Adams, and Felicia Dzifa Tegha, with two being elected by a simple majority of the total votes cast.

Ten aspirants are campaigning from across the sixteen (16) regions, with only two (2) people to be elected as deputy Youth Organizers. The Ten Deputy Youth Aspirants are:

Ahead of the election, the National Congress Planning Committee of the NDC warned aspirants against the provision of accommodation for delegates in the Youth and Women’s conferences of the Party.

Chairman of the Committee, Alex Segbefia in a statement said it is an unfortunate practice for aspirants contesting in the elections to accommodate delegates when the party had already taken all the necessary steps to ensure all delegates are taken care of during the period of the elections.

The National Congress to elect the rest of the national executives for the party will however be held at the Accra Sports Stadium on December 17, 2022.