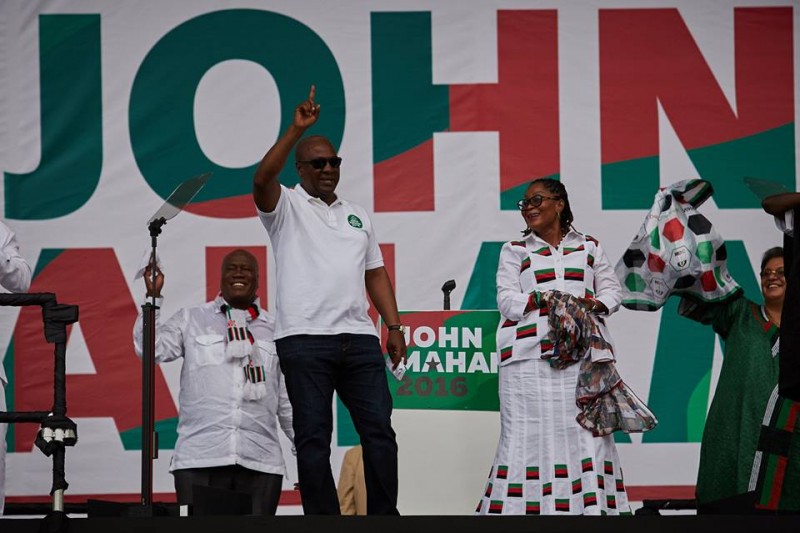 Flashback: John Mahama at one of the rallies of the NDC in the lead up to the 2016 polls

The National Democratic Congress (NDC) has maintained its popularity rate over the last two years while the ruling New Patriotic Party (NPP) has dwindled in support by as much as 15% according to the latest Afrobarometer.

“These findings suggest that a large chunk of the electorate is still waiting to be convinced, during the year remaining before Ghana’s 2020 presidential election, to vote for a specific candidate – or even to vote at all,” the report said.

The report also noted many Ghanaians are indecisive about voting in next years elections. 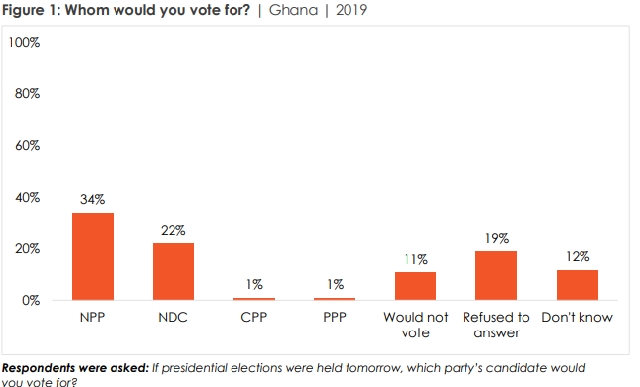 READ ALSO: Give me four more years so I can continue my good works - Prez. Akufo-Addo

The proclivity to sit out the election was also considerably stronger among the highly educated (17% of those with post-secondary education) and relatively well-off citizens (13% among those experiencing no lived poverty) compared to the less educated (6% of those with no formal education) and poor citizens (4% among those
experiencing high lived poverty).