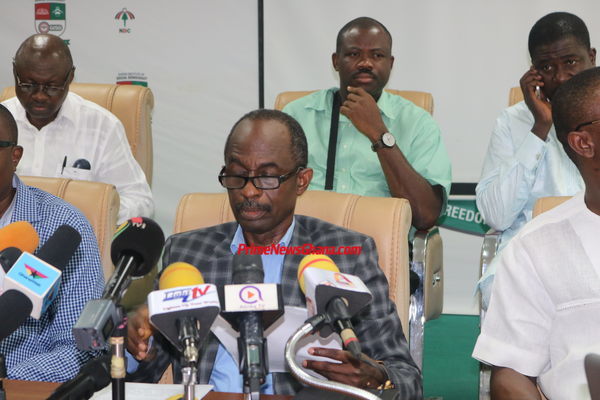 The National Democratic Congress, NDC has described as “senseless” the nomination of Jean Mensa the Executive Director of the Institute for Economic Affairs (IEA) as the chair of the Electoral Commission.

“We are shocked because until this appointment the president had given assurance to the nation that the persons to be appointed into the Commission would be persons whose integrity and political neutrality would be above board,” bemoaned the largest opposition party in a statement Monday.

The statement signed by the General Secretary of the NDC Johnson Asiedu Nketia added “for President Akuffo-Addo to proceed contrary to his earlier assurances to appoint a known pro-NPP and an avowed anti-NDC person like Mrs. JEAN MENSA to chair a commission which would organize elections involving the NPP and NDC as the main contenders defy all senses of decency, fairness and justice and amount to a gross abuse of the discretionary powers of appointment vested in him by the Constitution of the Republic of Ghana.”

If approved, Jean Mensa will replace Charlotte Osei who was removed with her two deputies – Amadu Sulley and Georgina Opoku Amankwah – by the President following recommendations by a committee set up by the Chief Justice to probe a petition against them.

However, the NDC has thus vowed to “in due course further and better particulars of the open and covert activities of Jean Mensah which makes her unfit to occupy the high position of Chairperson of the Electoral Commission of the Republic of Ghana.”