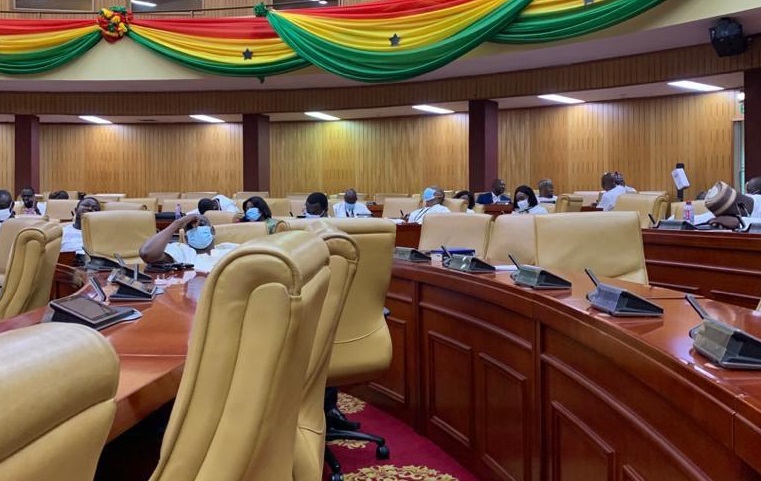 Members of Parliament from the New Patriotic Party (NPP) arrived in Parliament at dawn on January 15, 2021.

The MPs clad in white arrived as early as 4 am for proceedings which are expected to start at 10 am.

They have occupied the Majority side of the House and the NDC did similar on the day of the inauguration of the 8th Parliament.

However, NDC MPs are yet to arrive in the House.

The House’s first engagement will be the resolution of who forms the Majority and Minority of the House.

Three previous meetings between the leadership of both the New Patriotic Party (NPP) Caucus and National Democratic Congress (NDC) Caucus in the House to resolve the matter proved futile.

At a separate news conference in Parliament yesterday, both leaders of the NPP and the NDC caucus Osei Kyei Mensah Bonsu and Haruna Iddrisu say they expect the Speaker to give a fair ruling.

The December 7, 2020 election left the NDC and NPP with 137 seats apiece, with one independent MP, Andrew Asiamah Amoah of Fomena, who has aligned with the NPP.

The NPP side views this declaration as a marker of its Majority in Parliament.

Its leader, Osei Kyei-Mensah-Bonsu also said the Speaker of Parliament in a meeting said the Fomena MP’s decision will determine which side will be the majority.