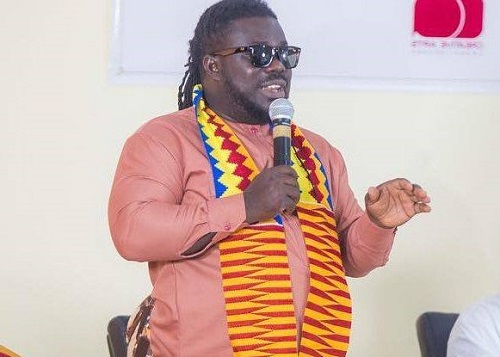 The New Patriotic Party (NPP) in the Asante Akyem South Constituency of the Ashanti Region is reported to have suspended some polling station executives within the party for allegedly supporting the parliamentary candidature of renowned Hiplife musician, Mr Bice Osei Kuffour (aka Obour).

Obour who is the immediate former President of the Musician Union of Ghana (MUSIGA), has reportedly been organizing various activities to subtly whip up his bid to contest for the NPP’s parliamentary ticket in the Asante Akyem South constituency, which these polling station executives, numbering up to about 39 have been participating in, at the behest of the ace musician.

Speaking on Adom FM’s morning show, Dwaso Nsem which was monitored by primenewsghana.com, on Thursday September, 12, 2019, one of the suspended executives, Mr. Christian Asante, who is the polling station chairman for Adansi D/A Junior High School stated that the NPP Constituency executives could not be justified in their decision to suspend them.

Indicating that the Constituency executives erred, Mr Asante said: “We did nothing wrong because even the current Member of Parliament (MP), Kwaku Asante-Boateng also met other polling station executives, so why were they also not suspended,”

Responding to Mr. Asante, Mr. William Obeng, the Constituency Secretary for Asante Akyem South claimed the decision of the Constituency Executives was justified, explaining that the 39 polling station executives had received copies of a message from the NPP national executives barring all party executives from meeting any aspirant, but they chose to defy it.

Mr Obeng emphasized that the indefinite suspension of Mr. Asante and his colleagues is meant to restrain other party officials who feel tempted to flout the national executive’s directives.

READ ALSO:  Obour to release an album after MUSIGA presidency