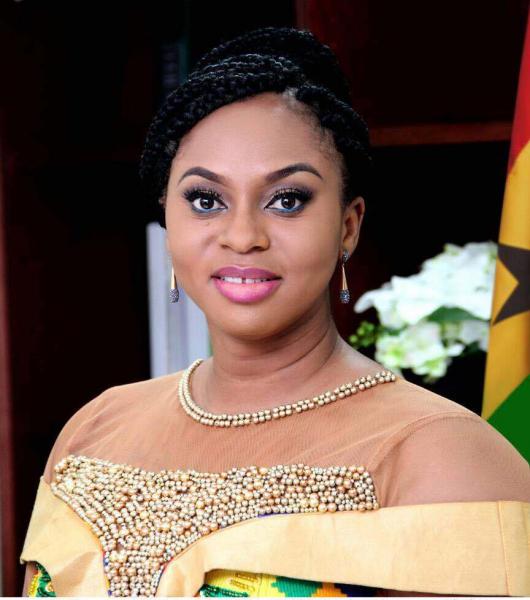 The Privileges Committee has summoned the Member of Parliament for Dome-Kwabenya, Sara Adwoa Safo, to appear before it on July 6, 2022, over her absenteeism in the House.

Chairman of the committee, Joseph Osei Owusu directed that the summons be published publicly as the Member of Parliament has been unreachable.

The Privileges Committee has been tasked by the Speaker of Parliament, Alban Bagbin, to engage Adwoa Safo, Kennedy Agyapong and Henry Quartey over complaints of chronic absenteeism brought against them.

The three are expected to give justifiable reasons for their absenteeism, failure of which actions will be taken to remove them from Parliament. 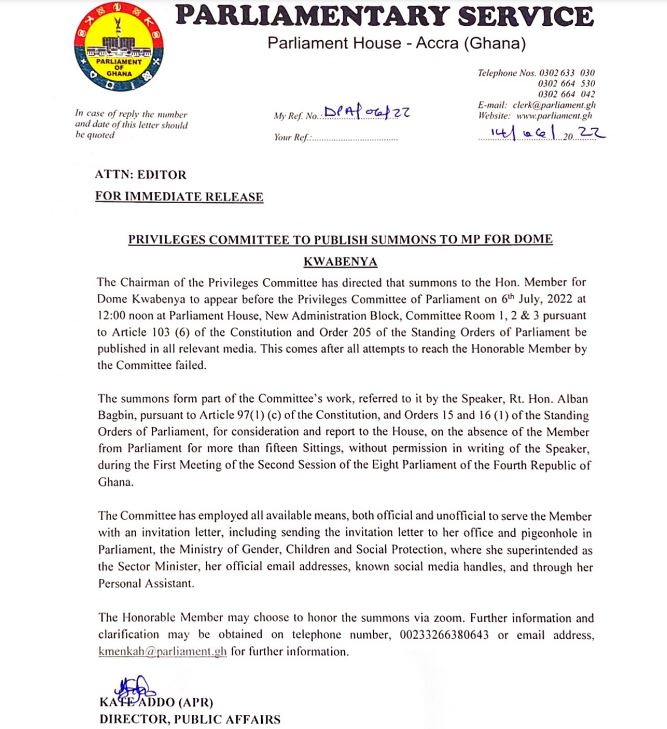 The Committee said it “has employed all available means, both official and unofficial, to serve the Member with an invitation letter, including sending the invitation letter to her office and pigeonhole in Parliament,” but it is yet to get any response from her.

Meanwhile, Adwoa Safo in a previous interview with Joy News, said she was in the US and had not been served any invitation from the committee.