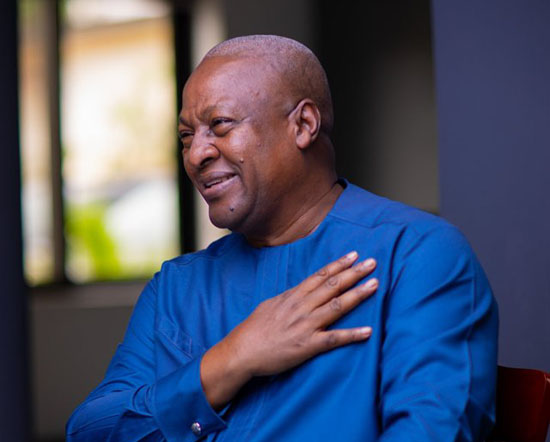 The National Democratic Congress, NDC says their flagbearer John Mahama is on course to record a first-round victory in the 2020 polls.

Addressing a press conference on Tuesday the Director of Elections, Elvis Afriyie Ankrah said they have collated their own results which shows Mahama is the clear favourite in the election.

"We have collated our results already from some regions. In Greater, Accra Mahama is doing over 56% and in the Ashanti Region, he is getting over 30% which is unprecedented. We have collated results in Bono and Western enclave and in all these areas it is very obvious Mahama will claim a first-round victory. We know it is the EC that has to declare the election but it is also within our rights to update our people what has happened so far".

â€œIt is not true that the NPP is leading in parliamentary seats, we currently have 140 seats in Parliament. We have won many in the three Northern Regions. There are still a few seats available to be snatched. In most electoral cases, wherever a parliamentary seat is won, the presidential candidate gets more votes so you know how things are goingâ€.

He then advised their members to be at the collation centres and be vigilant.