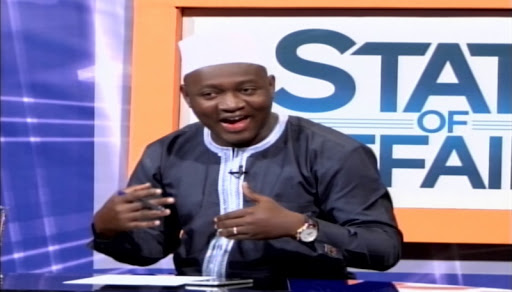 Member of Parliament for Tamale North, Alhassan Suhuyini, says Minister for Sanitation Cecilia Dapaah showed dishonesty when she said the government was 85% through with making Accra the cleanest city in Africa.

Suhuyini speaking on TV3's New Day on August 13, 2020, said that is not true because Accra has been submerged by filth and the Minister's words are not the situation on the ground.

The Tamale North MP said: “This is dishonesty because you move around and bins are not even everywhere. The heaps of rubbish in our community is growing,” he added.

He said the president should be blamed for this development.

“The responsibility of the president is to go beyond the briefs he is given. In such instances, you don’t even need brief if you are a president who has his eyes on the ball,” he said.

Meanwhile, the Coalition of NGOs in Water and Sanitation (CONIWAS) is questioning the government's claim of achieving 85% of its target at making Accra the cleanest city in Africa.

Programmes Coordinator for CONIWAS Attah Arhin has challenged the Sanitation Minister to provide data to back her claims.

Minister for Sanitation Cecilia Dapaah speaking at after a sanitation tour said 100% was achieved during the lockdown but alleges the odds have reduced due to human activities.