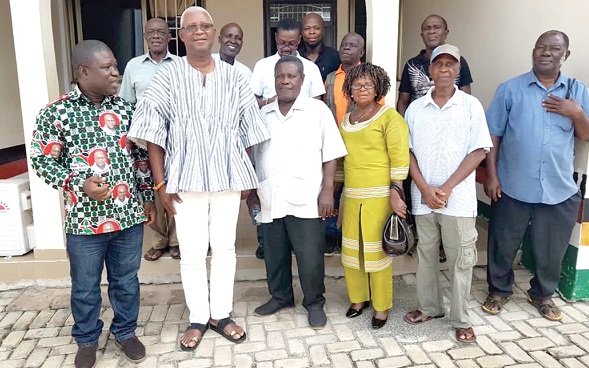 The National Democratic Congress (NDC) cadre in the Volta Region have promised to win back the love of the indigenes of the region in the upcoming 2020 general elections.

It has become public knowledge that the show of apathy by the people of Volta Region against the National Democratic Congress (NDC) contributed significantly to its defeat in the 2016 elections.

This has pushed the party to revisit their drawing board and have been working hard to win the trust of the people because it is believed that their low turnout during the 2016 elections was to register their dissatisfaction at the low level of development in the region despite their loyalty to the NDC party then in power.

The cadres of the party have launched an agenda to win back the region as they have vowed to work hard to re-organise their members and regain the favour of the people.

The cadres assured the party leadership that they were prepared to do all within their power to reverse the situation in 2016, and therefore leaving no stone unturned because they know “where the stones are” to build a formidable team for victory in 2020.

Mr Frank Adoba, who is the Volta regional chairman of the cadres’ corps in an interview with Daily Graphic disclosed that the cadres were now very active in the region compared to the past years.

Who is a cadre?
The cadres were a unit under the Provisional National Defence Council under the leadership of former President Jerry John Rawlings, then serving as Flight Lieutenant J.J. Rawlings, under a military regime and who were committed to the ideals of the December 31, 1981 revolution.

It was crafted with the principles and values that were the main ingredients for the December 31 revolution that emphasised creating a basis for the attainment of social justice, grassroots participatory democracy, probity and accountability in public life, rapid national development and social progress.

Later it changed into a group of PNDC/National Democratic Congress (NDC) operatives and appointees, including former regional and district secretaries, former Members of Parliament (MPs) and some former service personnel of the 64 Battalion.