After several failed relationships, arranged marriage was the best decision 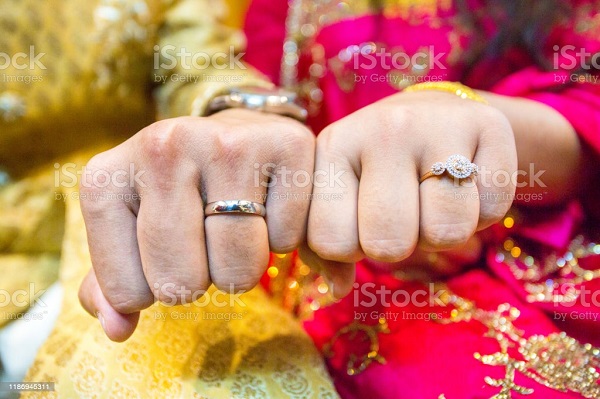 I have never been successful in love. Despite being the hopeless romantic I am, my relationships failed one after the other, leading me to feel utmost despair and hurt.

I have always been a romantic person, with the best interests of my partner in mind. But I guess, nobody prioritised me enough to indefinitely make me a part of their lives.

I cried, felt hurt and pangs of pain in my heart but still, love was never successful for me.

As I changed relationships, years went by. My relationships kept failing one after the other. I tried my hardest to convince my partners to stay in a relationship but neither of them did.

I wanted to be and marry someone I knew. I loved the concept of love marriage because staying with a stranger wasnâ€™t something I believed in. It wasnâ€™t really long until I realised how desperate I was to find someone worthwhile.

I had lost my confidence and self-esteem. As I was beginning to find the problem within myself, my mother insisted on looking for suitable candidates as my marriageable age was quite near. I wanted to argue so much but I knew I had no strong point to support my beliefs. And so I gave in.

READ ALSO:Â I married my best friendâ€™s husband and I regret it every single day

My mother started becoming really focused on getting me a suitable husband because according to her, â€˜I shouldnâ€™t be the only single girl left in the societyâ€™.

The harsh truth. No matter how successful I was at my job, I had to marry. The rishtas rolled in one by one and I had to bear the possibility of meeting a potential husband in this entire process.

As much as I despised marrying a stranger, I tried to talk to the suitors. None of them sparked my interest. But unconsciously, it was only later that I realised I had stopped trying to impress any guy. This was something that I had done in my previous relationships.

But now that I had no intentions, the men started showing more interest in me. And it was something I was enjoying.
Thatâ€™s when I met Atharv. He was charming, tall, handsome and had a pearly, white smile. I was instantly smitten.

It was the first time I liked one of the suitors. But I was not going to let my old habits interfere with my new beginnings again. The day we met with the families went quite well.

We exchanged numbers and promised to meet ahead. And we did. We saw each other in cafes, restaurants etc. He brought me roses and acted in the perfect, chivalrous manner.

I simply loved it. It had been 3 months since I met him and I had even told him about my past relationships to which he said, â€œI simply donâ€™t care about your past. Itâ€™s your past for a reason.â€

This warmed my heart. I was set ablaze with happiness. We both had accepted each other as partners and maybe...soulmates. I was elated.

Our wedding was held five months later and it was a big, fat Indian wedding. I was dressed in a gorgeous lehenga and Atharv looked dashing as ever. As we tied the nuptials, we were tied for life in the most sacred bond.

The best part about this marriage was that I never felt the need to impress him or convince him to stay with me. It happened naturally. He loved my company and appreciated how honest I was.

It has been three years since we got married and needless to say, it has been one of my best decisions to date.
With him, I learnt what it means to be in love and in a committed relationship.