CHAPTER 2 : IN RINGS - Raped By The Devil 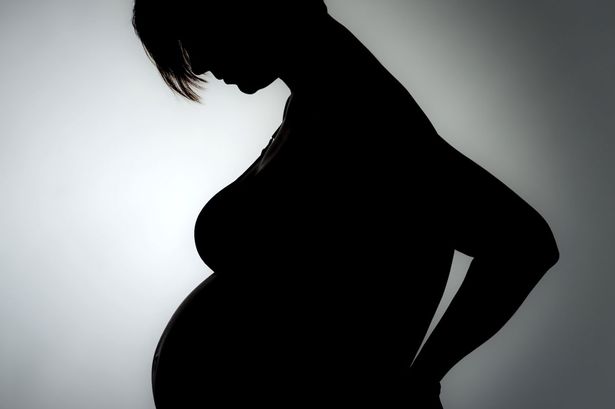 IN RINGS â€“ RAPED BY THE DEVIL

â€œNext!â€ one of the nurses behind the table bellowed to no particular patient. Her second â€œnext!!â€ sounded angrier than the first and she adjusted her spectacles on the rims of her nose in anticipation of whoever would rise. A thin woman with a very fat belly stood up this time and walked the distance to the table in a manner that wouldÂ  make anybodyâ€™s patience ran out.

She was not necessarily tired but her face looked beaten with age and her heavy makeup did her very little justice. If one stood at a distance from her, itâ€™d be very hard to determine her actual age for her face appeared older than her frame.

When she reached the table, she pulled out a chair and fell heavily into it as the nurse scribbled something into her records book. She finally looked up and smiled at the woman sheâ€™d been seeing for the past eight months. With only four weeks to complete this journey of pregnancy, she looked frailer than was healthy for her state â€œhave you been taking the medication the doctor prescribed? You know how good it is for your condition.â€

She gave her the usual nod and then wrote on the notepad sheâ€™d been holding the entire time â€œI took some before coming in but sometimes I forget toâ€ her writing was neat but hurried because she knew the nurse tolerated her because she was mute. â€œOkay, stand on the scale and try to relax.

You always look like you could fall in the next minute.â€ No heavy reading was expected in spite of her pregnancy and the nurse knew better than to pry with this woman. Sometimes she managed a few signs to try to help her feel like she was making the extra effort for her. However, she always wrote down her response on the notepad she carried with her.

Over time, the nurse had come to learn to communicate better with her with words as was clearly expected of her. â€œYou weigh 71kg todayâ€ she wondered if sheâ€™d volunteer the reason why she had lost four kilos in two weeks. When she didnâ€™t, she added â€œYou need more food for the baby and for yourself too, Emma. If you donâ€™t have an appetite, just manage the Bioferon we suggested.â€ This time, she managed a nod with a genuine smile as though she was less worried about her.

As she rose to leave, the nurse called out â€œnext!â€ for the next pregnant woman to follow. The faces that she saw were happy ones for women who could burst out in pain in a few weeks or days for some.

Emma understood their joy. But she also knew pain that none of them could ever bear.

Nurse Mary was never happy to see the face of the woman who sat in the chair opposite her now. It took too much effort to be nice to her and courtesy was the easiest thing to her especially because of her profession. â€œHow are you today, Elizabeth? Is Aziz here with you today?â€ she loaded the question for her to try to avoid conversation.

The patient answered â€œyesâ€ to both questions without a hint of warmth. â€œAre your vitamins intact? You seem to have lost all the weight you put on last week.â€ â€œNo, I still have some, but I could use some appetite stimulants and some sleeping pills.â€

The nurse wrote down her request as she rose to stand on the scale. Like the mute before her, sheâ€™d lost a few kilos and was determined to gain it and some more for this baby she did not want. â€œPlease stay on the diet plan too. A lot of the other expectant mothers can testify to its potency.â€ She wasnâ€™t as attentive to the nurse as she ought to have been and most of her focus was on her toe nails. There was nothing peculiar about her toe nails.

Aziz saw her come out through the narrower exit with a little difficulty when the wider option was still very open. He came right out to help her walk to the car because the only spot that had been available when they arrived was farther away than appropriate for a woman in her condition.

His wife raised her head when she saw him come and did not smile. She muttered â€œthank youâ€ under her breath when he held her aching waist and hand in a way that made her seem more invalid than pregnant. A conversation wasnâ€™t borne out of the action â€œdo we have to get more vitamins for you?

â€œThe ones in your box might ran out within the weekâ€ but he knew asking this one was rather necessary.

He went round the car to take his seat and wondered why he felt more tired than she for this very little action. The seatbelt wouldnâ€™t pull out so he stopped forcing it and started the car to back out into the driveway. There was no car behind him so he just slightly touched on reverse with his feet and then abruptly screeched to a halt.

From the nurse, Emma had gone straight to the dispensary to get the Bioferon the nurse had mentioned. Sheâ€™d been longer than she expected sheâ€™d be even though the nice young man there had attended to her faster than the other flat tummy patients waiting to be served whatever dose of drugs they were waiting in line for. Other pregnant women sat in the queue too but none of them was pregnant and mute.

Â Sheâ€™d also smelled the pastries from there. In fact, it was no coincidence that she was presently eating a full donut now.

Crushing the poor donut seemed so fulfilling and it occupied her so much that she did not see the old looking car as it backed out into the driveway only a few metres from where sheâ€™d reached.

In truth, it was her stomach that seemed more in front than she really was.

The instant halt propelled her strapped torso forward and quickly backwards in her passenger seat and she prayed they hadnâ€™t hit a human being. She screamed â€œJesusâ€ because it was the only name that came to her lips when Aziz stopped.

Under the circumstance, her refusal to go to church in the past eight months would not disqualify her to mention his name. He was the first one out of the car to what or who had come out into his path without any warning. When Lizzy joined him after her seatbelt lock had finally given away, the sight that met her was nothing sheâ€™d expected.

There she stood, with cheeks full of something she was eating and half of whatever it was in her hand, waving her hand in incoherence at the man who had almost hit her. Whatever she was trying to say was as clear as the look on her flustered face. Bringing out her notepad to write it all down did not cross her mind at all and she kept signing in honest anticipation that the man would understand something of it all.

On his part, apologizing to her did not seem to slow the hand waving down at all â€œIâ€™m very sorry, I did not see you behind me.â€ â€œIâ€¦I thought my behind wasâ€¦clear.â€ He stuttered.Â  â€œShould we take you back inside to get you checked out?â€ he asked, beckoning to the other pregnant woman who was his wife.

When she stepped out of the car, Lizzy had expected to be met with a sight entirely different from what she was seeing now. The other womanâ€™s thin frame was very contradictory to her pregnancy in a way that matched. It was a little amusing- the way she was signing her anger with her hand and made no attempt to open her mouth to voice all that anger, even if itâ€™d just come out in senseless tones, the way sheâ€™d seen other mutes do before.

She drew closer to try to calm her down, but kept a reasonable distance. She almost laughed. â€œI should take you back inside?â€ her voice was audacious because the hand waving stopped and she looked straight at her, then shook her head vigorously.

She was fine, by the looks of things. Aziz was most relieved that she understood words, at least.