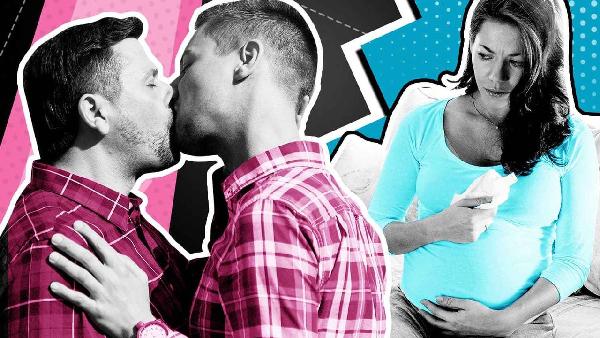 Our 17-year-old marriage was just like any other long marriage. We had become accustomed to each other's presence and found solace in it.

It would not be wrong to say that we loved each other but there were no sparks flying anymore, and I guess that happens when you have been together for so long. But one day, I happened to see a notification on his phone that said, 'Missing you, come back soon.'

The sender's name was an abbreviation - SK! Was it Sarika, his colleague, or was it Sumidha, our neighbour? I was naturally perturbed. I did not question him but was determined to find out who the person was.

The next morning I got hold of his phone when he went for a shower. The Whatsapp chat was deleted - not a single message from him but there were multiple calls exchanged.

And just as luck would have it, his phone beeped and it was a message from SK - Pick me from near the mall? I knew this was my chance to find out.

READ ALSO:Â I married my best friendâ€™s husband and I regret it every single day

I got ready quickly and told him I was picking some groceries. I drove to the nearest mall and parked in a spot where it wasn't easily visible.

Just then I saw one of his colleagues Sunil Kumar walking towards the mall entrance. I was sure it was a coincidence but then my husband drove near the mall, he sat inside the car and they kissed!

I was aghast! I saw my husband of 17 years kiss a man! It was one of the MOST disturbing sights of my life but I will be honest that I was slightly relieved that it wasn't a woman!

For the coming few days, I kept a track of their messages and found out they were having a full blown affair. Sunil was a divorcee and they often met at his place to have some 'good time'.

Sometimes I feel agitated and I feel like confronting him but I guess for now I will stay with the feeling of being in a stable marriage...