AFCON 2019: Man of the Match Jordan Ayew opens up on Black Stars draw 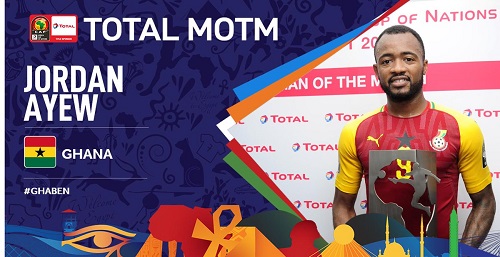 AFCON 2019: Man of the Match Jordan Ayew opens up on Black Stars-Benin draw

Ghana striker Jordan Ayew was named the Man of the Match (MOTM) for his sterling performance against Benin on Tuesday night has opened up on Black Stars draw against Benin.

The Black Stars began their Group F campaign on an unconvincing note as they were held to a 2-2 draw by the Squirrels at the Ismailia Stadium.

Ayew who was involved in the build up to Ghana’s first goal and capped off his performance by getting his name on the scoresheet.

Jordan put Ghana in front with a delightful finish, but Pote earned the Squirrels a point after John Boye was dismissed for a second yellow card.

Speaking at the post-match press conference, Jordan said he was happy about the MOTM prize but disappointed over the result.

“I have mixed emotions about the MOTM accolade because we didn’t win. We believe in ourselves and we’re not under pressure- were preparing for the next game”

Ghana will on Saturday, June 29 at 5:00 pm face defending champions Cameroon while Benin takes on Guinea-Bissau the same day at 8:00 pm. 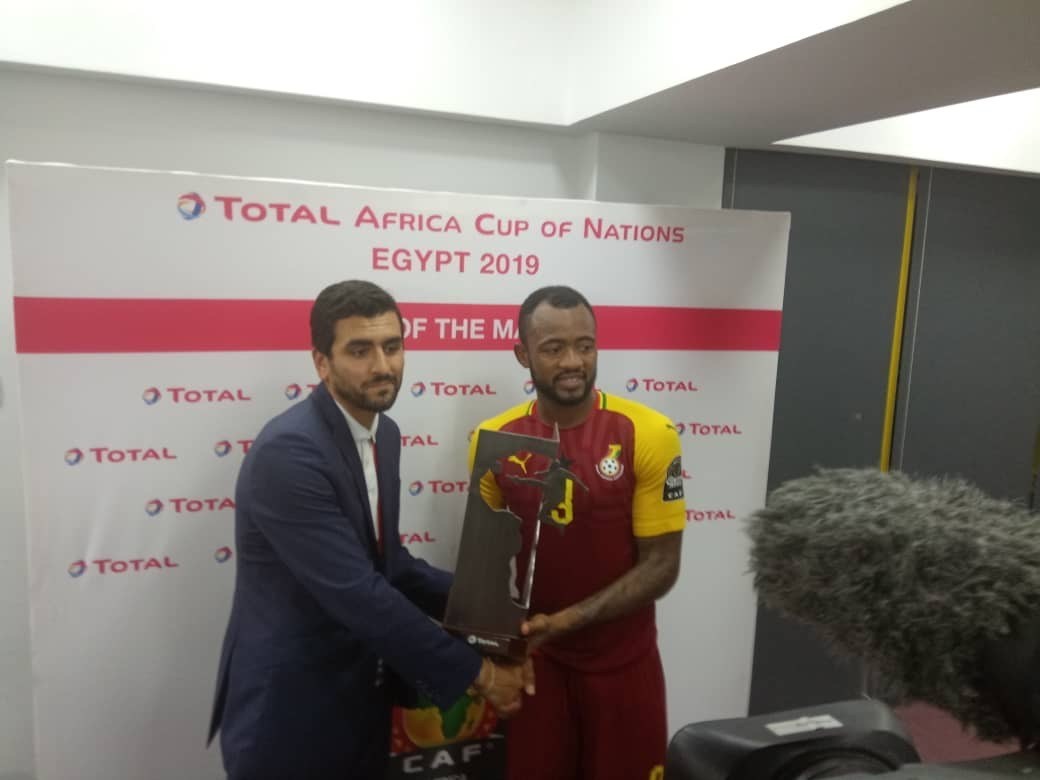