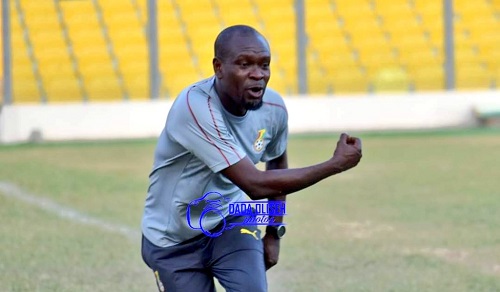 Kwesi Appiah has lauded his assistant Charles Kwabena Akonnor for the role he played in Black Stars victory over South Africa.

Black Stars began their AFCON 2021 qualifying campaign in a flyer after seeing off South Africa at the Cape Coast Stadium.

Goals from Thomas Partey and Kudus Mohammed handed Black Stars a 2-0 win against Bafana Bafana. In a cagey opening first half at the Cape Coast, it had to take a Thomas Partey goal at the stroke of halftime to give Ghana the lead before Kudus Mohammed put the icing on the cake in the 83rd minute.

However, Appiah says that in as much as the Ghanaians are happy with the victory, they should not forget the major impact the former Asante Kotoko manager played which includes providing him with the necessary information that helped win the game.

"You see normally the head coach, for me, it's the assistant who does most of the work, you know if you are the head coach and you are out there your mind may be on something else.

"Sometimes you may be looking at some three or four players who are not playing well so that is where you need your assistant to assess the game because he knows our game plan and our players."

"So he must sit down there and come to you and let you know that coach why don't we look at this because it is important for us.

"There is not much that maybe you can do as a coach when you are out there, but they actually play and do much of the work for you" he added.

The Black Stars next match is against Sao Tome and Principe on November 18.