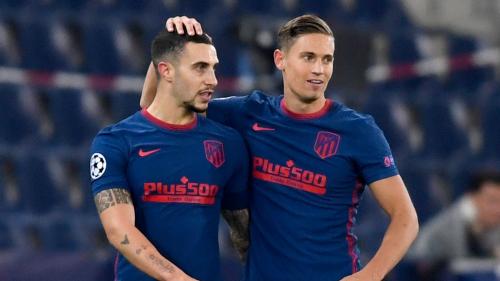 Atletico Madrid stayed in charge of La Liga's four-way title race by earning a nerve-shredding 1-0 victory at struggling Elche on Saturday, riding their luck to the extreme when the hosts missed a penalty in stoppage time.

Marcos Llorente scored the only goal with a deflected shot in the 23rd minute but gave away the penalty in the 90th after a careless handball as Atleti defended a free kick after sitting on their slim lead rather than looking to put the game to bed.

Elche midfielder Fidel Chaves's spot kick beat goalkeeper Jan Oblak but came off the post, providing another twist in an action-packed game in which Atletico had two goals ruled out for offside and a penalty award taken away following a VAR review.

Fidel's spurned penalty threw Diego Simeone's side a lifeline in a thrilling title race while leaving Elche still 18th and in the relegation zone. They would have moved out of the drop zone if Fidel had scored from the spot.