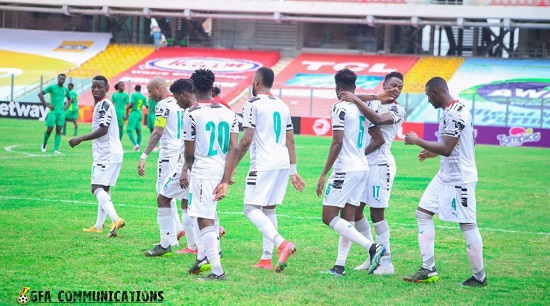 PAOK Thessaloniki defenderÂ Baba RahmanÂ says for the senior national team to win the next year'sÂ African Cup of Nations (AFCON), the right things need to be done including 'proper planning'.

The quest for the fifth trophy continues as Ghana last week booked qualification for the next AFCON to be staged in Cameroon in 2022.

Despite admitting that it wonâ€™t be easy in attempting to win the trophy next year, Baba Rahman believes the Black Stars stand a chance provided the necessary preparations are done to make conditions favourable.

â€œItâ€™s difficult to say (we can win the AFCON). With Ghana qualifying for the AFCON, it looks like a mere formalityâ€¦because since Iâ€™ve been with the Black Stars, I donâ€™t think weâ€™ve struggled to qualify for the nations cup,â€ Baba Rahman told FootballMadeinGhana.com in an exclusive interview.

He added: â€œWeâ€™ve been saying to ourselves (in the past) that this is the time we have to win it but I think we need to properly plan everything. Get ourselves serious and I think when the necessary things are done, Ghana have the quality and hopefully we can win it this time around. That is my dream,â€ he concluded.