Bechem United fails to take advantage of Kotoko's slip up 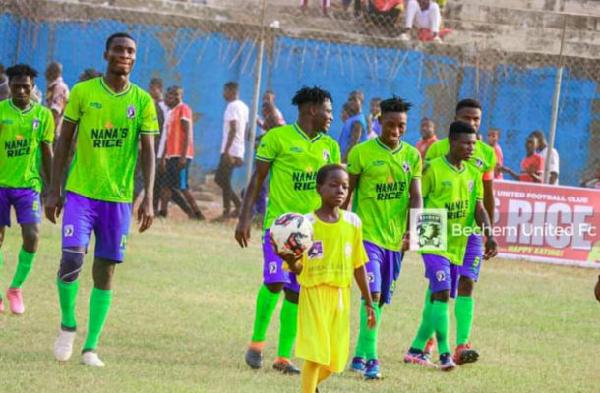 Bechem United on Monday failed to take advantage of Asante Kotoko's slip up in the final match of matchday 26 of the Ghana Premier League.

Kotoko suffered a 3-1 home defeat to Legon Cities at the Baba Yara Sports Stadium on Sunday, giving Bechem an opportunity to close the gap on the Porcupine Warriors.

However, Bechem United couldn't capitalize on their title rivals slip as played a scoring draw against Karela United. the Hunters had to fight back to earn a 1-1 draw at the Nana Gyeabour Park.

In a match where the first half ended goalless, Umar Bashiru scored four minutes into the second half to give Karela United the lead.

While the visitors hoped to hold onto the lead to amass the maximum points at the end of the 90 minutes, the home team fought back to rescue a draw all thanks to Augustine Okrah.

The draw means Bechem United are now trailing league leaders Kotoko by 7 points, with the latter on 52 points.

Bechem will make a trip to play King Faisal at the Baba Yara Stadium while Kotoko take on WAFA at the Red Bull Arena, Sogakope in matchday 27 of the Ghana Premier League.