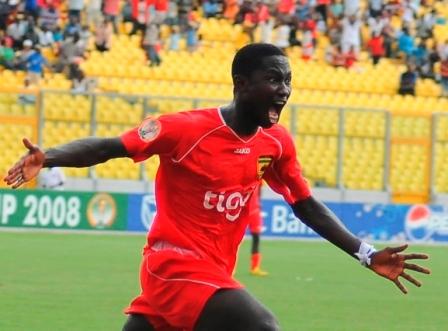 Ghana Premier League club Berekum Chelsea are in talks with three former Asante Kotoko players for their services ahead of the new season.

According to reports, Jordan Opoku who is a free agent following the expiration of the contract at former club Kotoko is on the wishlist of the club and they are interested in adding bite to their attack and as they looking for the signature of top scorer of the 2007/08 Ghana Premier League Eric Bekoe who scored a total 17 goals in 23 matches and  third player is Obed Owusu.

Chelsea are looking to bolster their team with the trio as the Premier League starts in three week time.

Within the week the Berekum-based club have made two additions in striker Cephas Doku from Liberty Professionals on a 3-year permanent deal and Nasiru Osman from Still Believe Fc.

Meanwhile, Chelsea are without a head coach and the club says they will hire an expatriate coach before the season starts.