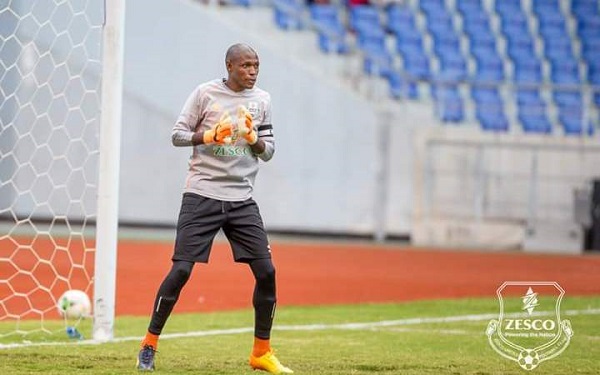 Zesco United captain Jacob Banda is upbeat his side will overcome their Group C opponents despite tough opposition in the CAF Confederation Cup.

The Zambian giants have been drawn in Group C alongside rivals Nkana FC, Ghana's Asante Kotoko and Sudanese Al Hilal.

Banda, now the longest-serving Zesco United player who has been involved in all of the clubs’ highs and lows on the continental stage in an Interview with Kumasi-based Ashh FM said his team is capable of making it out of Group C despite stern oppositions.

"It is going to be an open group for every team to qualify".

"Zesco United is a matured team on the African Continent and we will do everything possible to qualify from Group C although it will be tough because every team in the group is strong", Banda stated.

He further accepted the challenge ahead of them when they meet Asante Kotoko whom they have never met in any CAF inter-club competitions.

"Asante Kotoko is a very good team in Africa but we have never played them before so we are going to plan and prepare very well to meet them", he revealed.

He, however, affirmed his side's qualification to the next round and picked local rival Nkana FC to join them

"Every club in Group C is a very good side but for me, I think Zesco United will definitely qualify and the other 3 teams will fight for the second position but I will prefer Nkana FC also qualify because we are all from the same Country", he told Ashh FM.

The two Copperbelt based teams had an impressive run in the first and second leg that saw them qualifying to the group stages at the expense of San Pedro and Kaizer Chiefs.

Zesco United will kick-start their campaign with a home game against Nkana FC on Sunday, February 3.
Latest sports news in Ghana