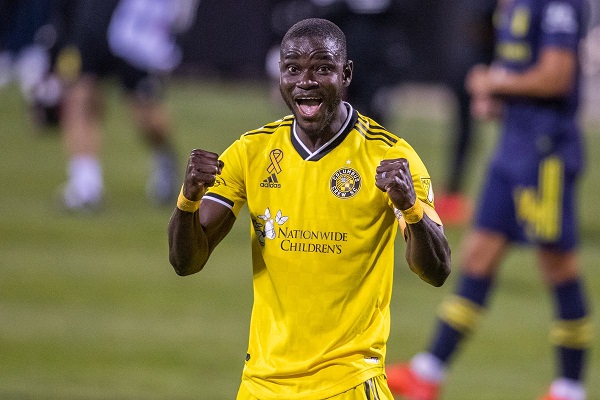 Columbus Crew SC President and General Manager Tim Bezbatchenko have congratulated Jonathan Mensah after being named in MLS Team of the Year.

According to the Bezbatchenko, Mensah who doubles as their captain merits the award for having an outstanding season.

He believes more is yet to come from the Ghanaian.

“Jonathan has been one of our key performers since earning the captain’s role, playing every minute of every match for the Club during a long and at times incredibly compact season. He has been pivotal to the success of our backline this year and a large reason why we had one of the best defensive records in the League during the regular season. We are proud of Jonathan’s accomplishments and we know he will continue to perform at a high level during the playoffs.”

Jonathan Mensah on Friday was recognized as one of the top players in Major League Soccer.

Mensah was named in the 2020 Best MLS best eleven, the recognition honours the most outstanding performers in the league during the season.

The 30-year-old became the 12th player in Crew SC history to be named to the League’s Best XI, as well as the fourth defender in Club history to earn the honour.

A finalist for the 2020 MLS Defender of the Year award, Mensah was one of only two field players in the League to see 2,070 minutes of regular-season action this year, playing every single minute of every match for the Black & Gold.