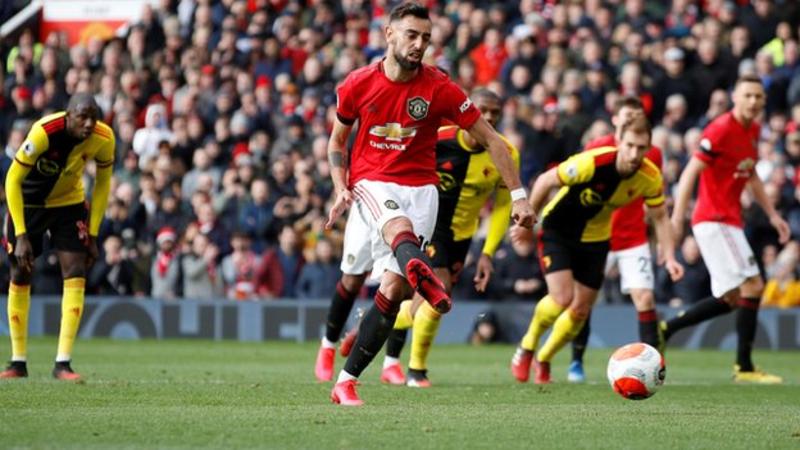 Bruno Fernandes' first Manchester United goal set his new club on their way to a comfortable home win against relegation-threatened Watford and into fifth in the Premier League.

Fernandes, a Â£47m January signing from Sporting Lisbon, converted a 42nd-minute penalty after he had been taken out by Watford keeper Ben Foster.

The goal ended a 236-minute wait for a United home goal in the Premier League after they had failed to score against Burnley and Wolves.

Anthony Martial scored an excellent second on Sunday after Watford's Troy Deeney had a goal ruled out by VAR for handball in the build-up. Mason Greenwood, 18, lashed home his 11th of the season 15 minutes from time to complete United's scoring.

After beating Chelsea at Stamford Bridge on Monday, it was only the third time this season that United had won successive Premier League games.