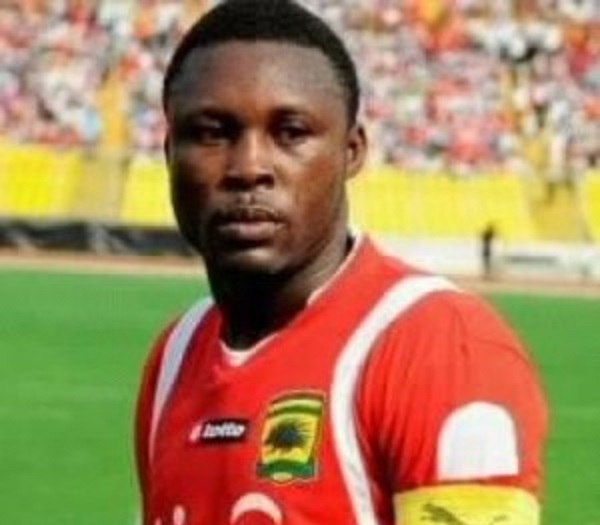 Former Asante Kotoko captain, Godfred Yeboah has warned his former employers to stay focused and guide against complacency ahead of their second leg tie against Coton Sport.

The Porcupine Warriors will host the Cameroonian side at the Baba Yara stadium this Sunday, January 20 for the make-it or break-it second leg game in the CAF Confederation Cup final playoff round.

Yeboah told Ashh Fm Sports that the Porcupine Warriors should stay focus heading into the second leg clash despite the sweet victory at the Military Stadium and continued by warning the team to shun complacency in order to progress to the next stage of the competition.

"Kotoko Players shouldn't be complacent going into the 2nd leg game because all the sad moments in the CAF Competitions for Kotoko happened at the Baba Yara Stadium", he advised.

He, however, charged the supporters to rally behind the team on Sunday to kill the game at the Baba Yara Stadium.

"Every Kotoko supporter shouldn't be jubilating because it is not yet over and the Baba Yara Stadium is also another problem for Kotoko so the supporters should do everything possible to help the players and the team to win on Sunday", he ended.

The Kumasi-based club are the daunting favorites to advance to the group stage of the qualifying campaign against the Cameroonian club who were massively tipped to beat Kotoko in the first leg on Sunday.

The return leg is slated on Sunday at the Baba Yara Stadium.
Latest Sports News in Ghana