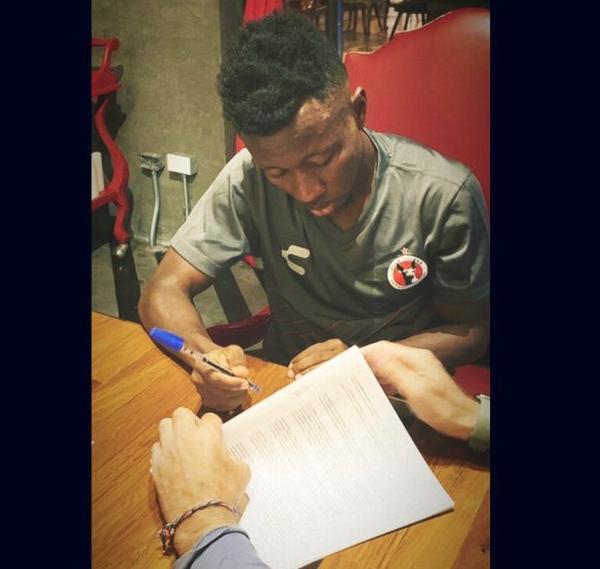 The attacking midfielder has joined the Tijuana based club on a three-year deal which will see him for play for the red and blacks until the summer of 2023.

The 25-year-old took to Twitter to confirm his move: “Thank you very much @Xolos for this new challenge. New house.”

Abogye began his career at the Inter Allies FC in his Ghana, then moved to Europe, with Udinese from Italy and Granda “B” from Spain.

In 2017, he moved to Atlas FC before joining Queretaro FC last year.

Meanwhile, Clifford Aboagye has said he is eyeing a call-up to the senior, national team, the Black Stars.

READ ALSO: Kudus Mohammed reveals why he didn't choose No.34 jersey at Ajax

The former Inter Allies midfielder who won the bronze ball as well as aiding Ghana to a third-place finish at the 2013 FIFA U-20 World Youth Championship staged in Turkey has admitted he is keen on getting his first invite for the national team and has been preparing himself for the occasion.

“Getting my Black Stars debut has always been something I work towards. I know it could come at any moment so I have to get myself ready. I have done it at the youth level and Ghanaians know what I can do”.

“I knew there are a lot of people that are not following me in Mexico, but those who watch my games know I am playing regularly.

He also indicated that much will be dependent on the head coach since the team has a lot of good players at where he does best but adds that he has enough quality to make the Black Stars tick.

"It also depends on the coach because he knows the set up he wants to play. I believe I can give support to our attacking midfield to assist the strikers; that is what I am good at.”

“We already have good players in the middle for Ghana and I don’t think I will have problems playing with them.”