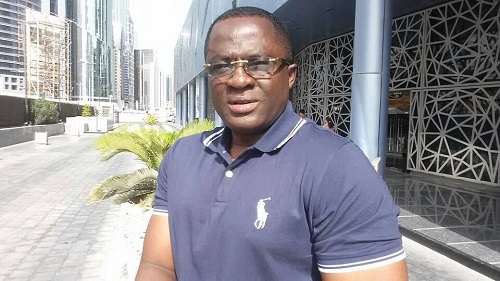 The competition due to begin on 24 July have been postponed to a year because of the global coronavirus pandemic.

"We agreed that a postponement would be the best way to ensure that the athletes are in peak condition when they compete and to guarantee the safety of the spectators,â€ Abe told reporters shortly after his conference call with Bach, adding that the Games would be held by the summer of 2021.

A Reacting to the news, theÂ GOC President welcomed the decision saying in the wake of the Covid-19 pandemic it would have been unwise to stage the Olympic Games this year.

â€œIt is good the IOC has reviewed their decision to carry on with the Olympic Games. The IOC was confident the games could come when they met at the Executive meeting two weeks ago considering the time the games will be held. But looking at how things are going it will be unwise to stage the Olympic Games considering the way virus is spreadingâ€.

â€œAthletes should just stay home, there is no need to go out and trainâ€.

â€œThey should please take their time and relax no need to go anywhereâ€.

â€œIf the games are rescheduled athletes will get more than two months to prepare so they should just stay at homeâ€, he added.