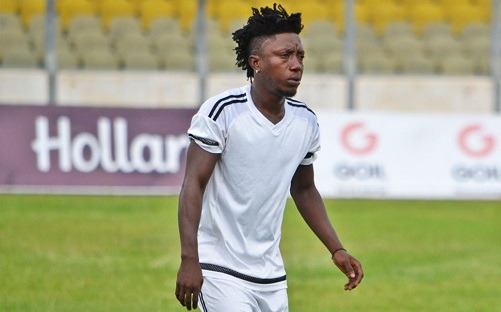 According to the defender, the reason behind his departure was financial issues due to the death of the club's owner.

Club President David Cobbina Brigidi passed on in September 2018 in London following a short illness. Saka joined Karela on a year contract in January 2018 after leaving Aduana Stars where he had spent seven seasons

Speaking in an interview, the veteran defender indicated that playing body were asked to take a pay cut as the club were cash-strapped when the Club President died.

â€œWhen our club president died, the management of Karela United informed us that they cannot pay the salaries given us.

â€œThe decision was to do pay cut by paying every player GHC 500.00 and also the rooms that we use to sleep one in a room will now be double in room.

This is the only reason I left Karela Unitedâ€ he concluded.

Saka has also named the player who has given him his toughest challengeÂ has ever in the Ghana Premier League.

Â â€œI donâ€™t remember players giving me a tough time on the pitch, the only time a player gave me a tough time was Theophilus Anobaah during his days at AshantiGold. He was pacey. It wasnâ€™t easy against him at allâ€.

Meanwhile, Saka is a free gent after Great Olympics released him this week.