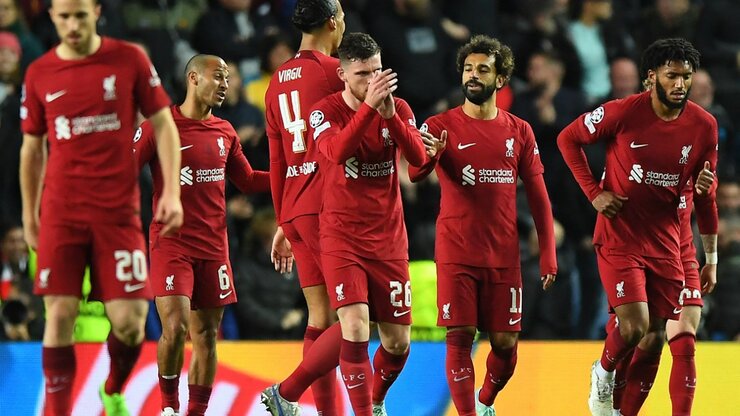 A dominant second half performance saw Liverpool batter Rangers for seven, emphatically ending the Scottish side’s chances of qualifying from Group A of the UEFA Champions League (UCL).

Mohamed Salah came off the bench to score three goals in six minutes and 12 seconds, the fastest hat-trick in UCL history.

Rangers knew that a loss would end their UCL hopes with two games to spare, but a raucous Ibrox crowd roared on the home side to a positive start, and there were 17 minutes on the clock when Scott Arfield scored a goal 12 years in the making. The Canadian completed a slick passing move with a crisp finish from the edge of the box, to bag Rangers’ first UCL goal in over a decade.

The home side were in the ascendancy for large parts of the first half, but their impressive forward play was blotted by one moment of horrible defending. Having gifted Liverpool a cheap corner, they then allowed Roberto Firmino to nod in the equaliser with a glancing header at the near post.

Liverpool would improve dramatically after the HT break, but it was a goal-saving block from Ibrahima Konaté late in the first half that built the foundations of their victory, as the French defender denied Arfield his second goal of the game. Ten minutes into the second half and Liverpool’s comeback would be complete, as Joe Gomez advanced down the right and his low cross was ideal for Firmino, who drifted off the back of his marker and cooly planted the ball beyond Allan McGregor.

Rangers’ positive start seemed a distant memory as Jürgen Klopp’s side clicked into overdrive. Darwin Núñez put the game beyond doubt with a neat finish after being played in by a deft flick from Firmino, before substitute Salah bagged his record-breaking treble. Teenager Harvery Elliot completed the rout, turning in a rebound to score his first UCL goal of his career.