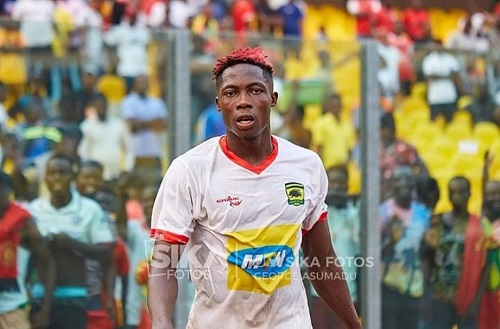 Justice Blay isÂ so desperate to joinÂ Asante Kotoko that he is willing to pay a chunk of his own transfer fee.

Blay, 27, has been a revelation since his season-long loan move from Medeama to Kotoko in last year July.

Blay has emerged as the spearhead of the Porcupines this season under Maxwell Konadu and has quickly become one of the best midfielders in the Ghana Premier League.

It is reported that, Medeama have slapped $800,000 on their most prized asset.

However, the midfielder has indicated that heÂ will add his own money should Kotoko fail to meet Medeama's demand.

â€œThere were many approaches for me to join Hearts of Oak during my days at Medeama but couldnâ€™t be successful," he told Kumasi FM.

"I remember how one supporter of them who is a police officer (Sheriff Phobia) at Takoradi who was on my neck to sign for them but gave up on me.

â€œI cannot be ungrateful to Asanteman and the Kotoko fans for everything they have done for me,â€ he added.