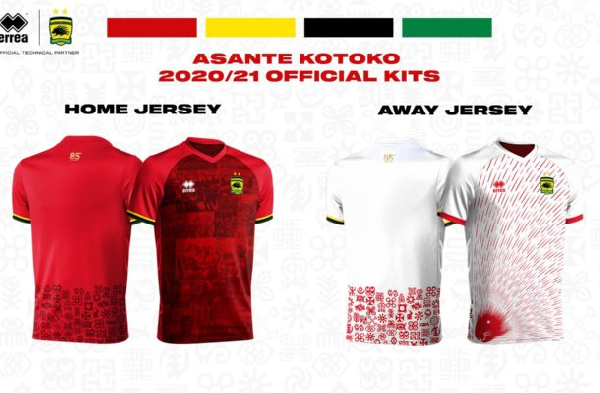 Kumasi Asante Kotoko have sent a word of caution that they will not take it kindly with anyone caught trying to replicate their Errea jerseys.

The Porcupines in early October announced Errea as their new kit sponsors for the next three years.

The Kumasi-based club unveiled their official kits for the 2020/21 season and there are fears some manufacturers are taking advantage to populate the market with fake ones.

The new Errea jerseys since its unveiling have received great reviews and the club has announced in a strong-worded statement, that whoever is caught trying to manufacture any of the replica jerseys will be prosecuted.

“Any persons found wearing or selling the pirated jerseys would be prosecuted accordingly."

Meanwhile, CEO of Asante Kotoko, Nana Yaw Amponsah in a recent interview stressed that the club's replicas will be ready by January 25, 2021 and supporters will get the chance to pre-order theirs. 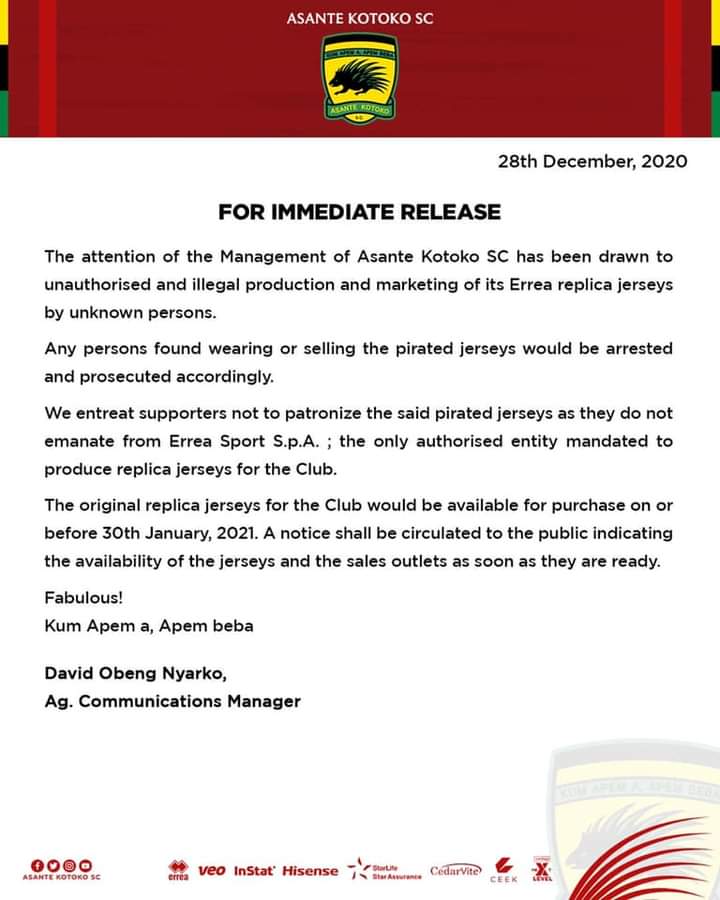