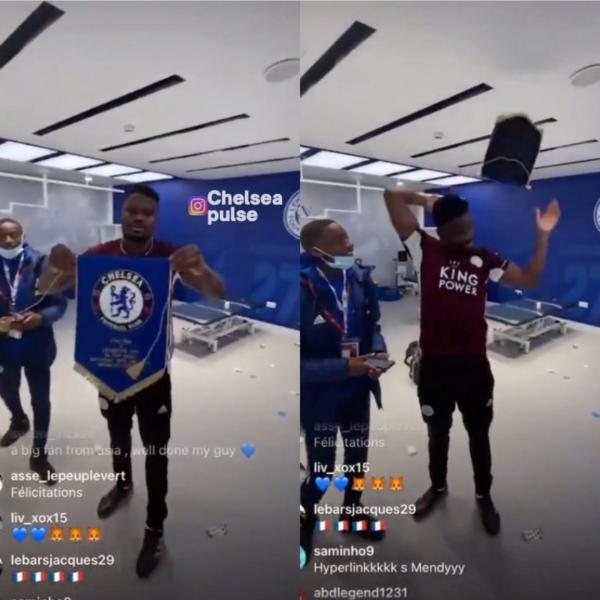 Leicester City have apologised to Chelsea for Daniel Amarteyâ€™s actions in the dressing room after the FA Cup final on Saturday.

The Ghanaian international was accused of disrespect for chucking Chelsea pennant to the floor during Leicesterâ€™s FA Cup celebrations in the dressing room,Â but it is said the Blues have accepted the apology.

The Foxes won their first ever FA Cup by beating the Blues 1-0 at Wembley thanks to a second-half rocket from Youri Tielemans.

The players lifted the trophy and then returned to the dressing room to continue the party.

READ ALSO:Â Check out the Ghanaian players who have won the FA Cup

With some squad members streaming on Instagram Live, the celebrations were available for all fans to see.

Amartey took this opportunity to jump in front of one camera, pick up the Chelsea pennant exchanged by the captains pre-kick off, and hurl it over his shoulder.

It landed on a heap on the floor.

His actions did not go down well with the Blues fans and they revealed their displeasure on Social Media.