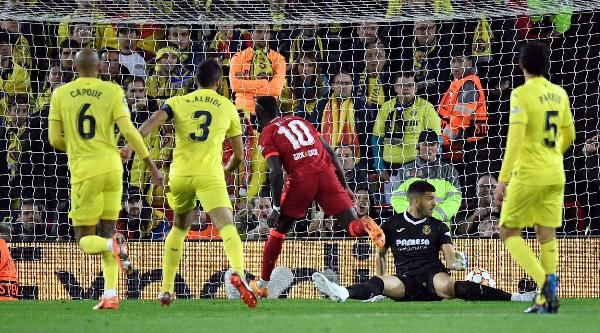 A Pervis Estupinan own goal and a Sadio Mane finish 133 seconds later give Liverpool a comfortable 2-0 win against Villarreal in their Champions League semi-final first leg tie.

After a cagey first half, Liverpool grabbed two goals in rapid succession early in the second to ensure Jurgen Klopp’s side head to the second leg at Estadio de la Ceramica on May 3 with a healthy and deserved advantage.

Villarreal’s tactic to defend deep to neutralise the hosts paid off in the first half. Mane squandered a great chance to give the hosts an 11th-minute lead when he nodded a free header wide from close range.

Liverpool continued to pressure and fired more warning shots. Firstly there was an unintentional shot from Jordan Henderson in the 21st minute which came off the post before Mohamed Salah curled a left-footed strike narrowly over the bar six minutes later.

Thiago Alcantara arguably came the closest to scoring for Klopp’s side shortly before the end of the first half. In the 41st minute, the Spain international arrowed a shot on goal from 25-yards out which cracked off the post.

Villarreal’s steady resistance was broken early in the second half with two goals in less than two minutes. Henderson handed Liverpool the lead when his cross deflected off Estupinan into the net moments before Mane poked the ball beyond Geronimo Rulli into the bottom corner to extend their advantage.

Liverpool’s relentless pressure continued. Andy Robertson had a goal ruled out for offside and a vicious Virgil van Dijk strike was parried away by Rulli before Luis Diaz dragged a driven shot wide.

After making three substitutes in the 72nd minute, Villarreal pushed higher up the pitch but could not fashion any dangerous goalscoring opportunities and registered zero shots on target, leaving the Europa League champions with plenty of work to do at home on Tuesday.