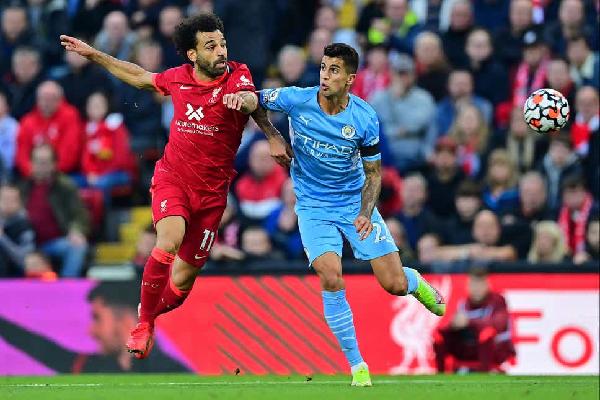 For a second time in seven days Manchester City and Liverpool face off, this time at Wembley for a place in next month’s FA Cup final.

Jürgen Klopp’s Liverpool last played on Wednesday against Benfica, and he believes his side were sub-par in Sunday’s Premier League draw at Manchester City.

Pep Guardiola’s side also played on Wednesday, but were pushed harder in their ill-tempered Champions League draw at Atlético Madrid and have had to travel back from Spain, so Liverpool may have an edge. But City are not the best English team of the last four years for no reason.

Having drawn their previous two meetings 2-2, Manchester City and Liverpool are meeting for the third time this season with their hopes of winning the Treble and - in Liverpool's case - a historic quadruple on the line.

City are one point ahead of the Reds in the Premier League with seven matches left and both sides have reached the Champions League semi-finals.

Liverpool have already tasted victory at Wembley this season, winning a penalty shootout to secure the Carabao Cup against Chelsea.

The teams have met twice before at Wembley - the 2016 League Cup final and 2019 Community Shield - with both games ending in a 1-1 draw and City winning on penalties.

Did you know? City are appearing in their fifth FA Cup semi-final in the past six years.