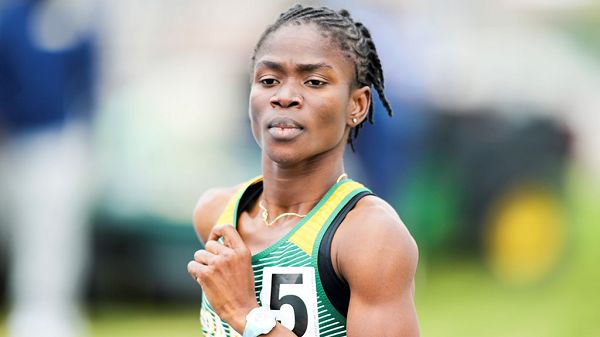 Ghana's only Olympic gold medallist, Martha Bissah has said he is ready to compete for the nation again after getting done with her first-degree education.

Martha Bissiah over the weekend completed her degree at the Norfolk State University in the United States of America, with a Bachelor of Science, majoring in Management.

The 2014 Summer Youth Olympics gold winner has been suspended indefinitely by the GAA after comments made concerning extortion and bribery by officials of the GAA.

She is still under suspension for the past five years and unable to compete for the national team.

However, having put her education on hold, the female athletics says he is ready to return to the track and field again.

"People still believe in me and I like that because they see the future in me, they still don't doubt that, all I have to tell them is that the good is yet to come. It's not a one-day journey, now I am done with my first degree and will have my second degree this coming spring. I am not going to put down my education right now but I will put it down a little bit and focus solely on the track," Martha Bissah told Joy Sports.

But, the General Secretary of the Ghana Athletics Association (GAA), Bawa Fusieni says Martha Bissah must apologize for her action before her ban can be lifted.

The 23-year old attracted the ban over supposed false allegations she labelled against the country’s athletics regulatory body.

Martha Bissah and her camp accused the GAA of extortion while working on a scholarship for her to the United States following her gold medal-winning feat at the 2014 Youth Olympics in Nanjing.

It is understood that the Professor Francis Dodoo-led Association had suggested to Martha and her family to put down $2,500 for her airline ticket following a private initiative made to secure her a scholarship to one of the US institutions.

The scholarship was worth over $100,000 for a period of four years. This requirement did not go down well with the young athlete’s camp thereby propagating it in the media.