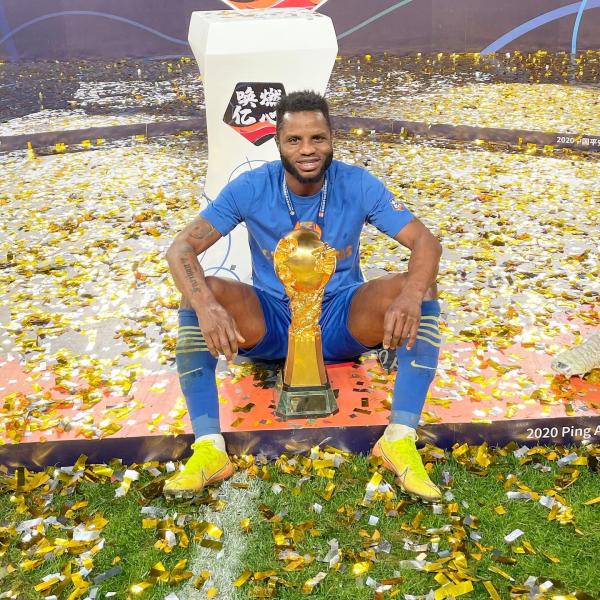 Mubarak Wakaso's Jiangsu Suning FC have ceased operations, owners Suning announced on Sunday, with the news sure to be a source of great embarrassment to China’s football authorities.

The club, which the retail giant bought in 2015, will also cease operation of its women’s team who won the 2019 Chinese Women’s Super League, and youth teams. Reports from China had suggested that the club’s demise was imminent.

The news comes after Suning announced that they would be moving away from their non-retail businesses, with owner Zhang Jindong telling employees after the Lunar New Year holiday blaming Covid-19.

READ ALSO: The most incredible thing in my life - Wakaso after winning Chinese Super League title

Owners Suning had put the CSL team up for sale for a single cent, though any owner would have to take on the debt, while reports in Chinese media said they hoped for the local government to bail the champions out.

Suning are still looking for new owners for the team that was crowned champions in November last year, the statement said

Another CSL team will have to take their place in the AFC Champions League. Fellow CSL side Shandong Luneng had already been disqulafied for the coming campaign by the AFC meaning only two of China’s original four qualifiers will take part.

Jiangsu FC – formerly Jiangsu Suning until the Chinese FA introduced a new rule on corporate naming this year – was but a small part of the company’s football interests.
These also included television rights for the English Premier League, Italy’s Serie A and the Chinese top flight through PPTV.

The deals for the English Premier League and Serie A have since been disputed, with a fight over the EPL going to the UK courts.

Worryingly for Inter Milan fans is that Suning also own the Italian Serie A leaders. Reports that they have been looking for investment in the club have increased in recent weeks.