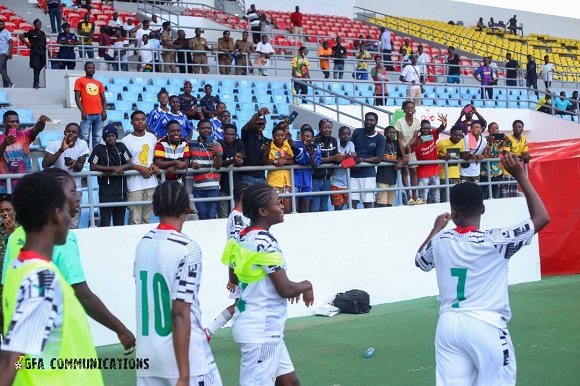 Black Maidens Management Committee Chairman Nana Oduro Sarfo has backed the team to qualify for the FIFA U-17 World Cup to be staged in India later this year ahead of Morocco.

The Maidens knocked out Guinea to reach final round of the U-17 Women’s World Cup qualifiers after a 7-0 triumph in the second leg at the Cape Coast stadium to progress on a 10-1 aggregate.

Ghana will host Morocco in the first leg on May 22, 2022, at the Cape Coast Sports Stadium before traveling to Rabat for the second leg.

"We are not afraid of Morocco, the last time we met in a friendly we beat them here 2-0. There hasn’t been any instance Morocco has beaten us at this level, there can be a first time but not with the current team we have", Oduri Sarfo told Happy FM.

"The Moroccans come here to learn women’s football here. You see how they struggled to beat Benin which is a football nation but defeated Niger 11-0 on aggregate.

He added, "We will win the game here so when we go there it will be a mere formality."

The winner of this final round books a place for the India 2022 tournament.