Photos: Hearts of Oak pays courtesy call on Chief Imam as he turns 102 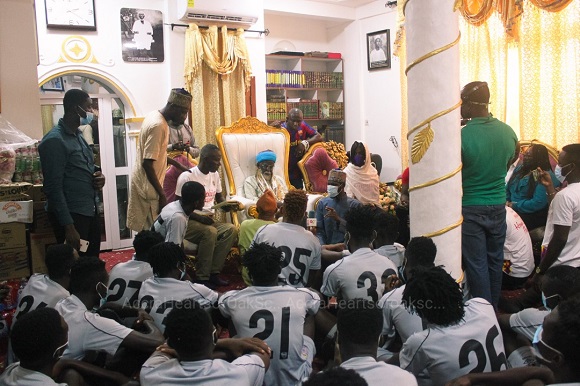 Ghana Premier League side Accra Hearts of Oak on Friday paid a courtesy call on the National Chief Imam of Ghana, Sheikh Dr Osman Nuhu Sharubutu as he turned 102 years.

The Chief Imam turned 102 years on April 23, 2021 and the Phobians paid him a visit and also sought his blessings ahead of their Ghana Premier League matchday 21 fixture against Karela United on Sunday, April 25 at the Cosby Awuah Memorial Park. 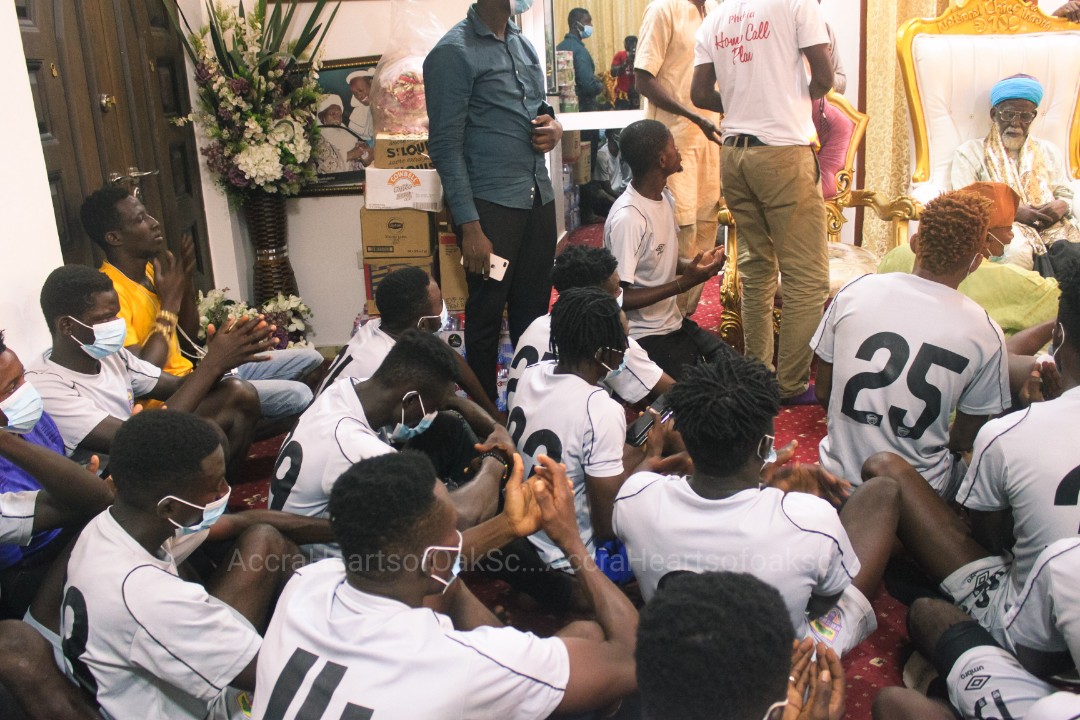 The Phobians for the past days have been training at the Sheikh Dr Osmanu Nuhu Sharubutu Sports Complex at New Fadama, Accra. 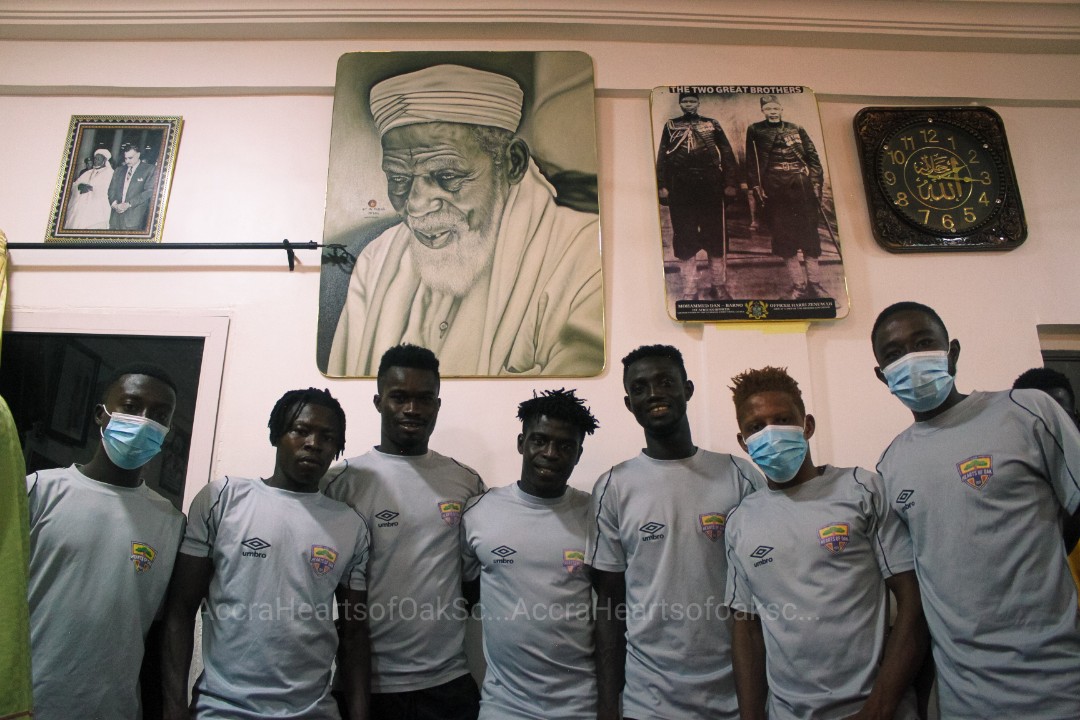 The Astroturf was commissioned on November 24, 2020 by Vice President, Dr Mahamudu Bawumia, naming it in honour of the National Chief Imam. 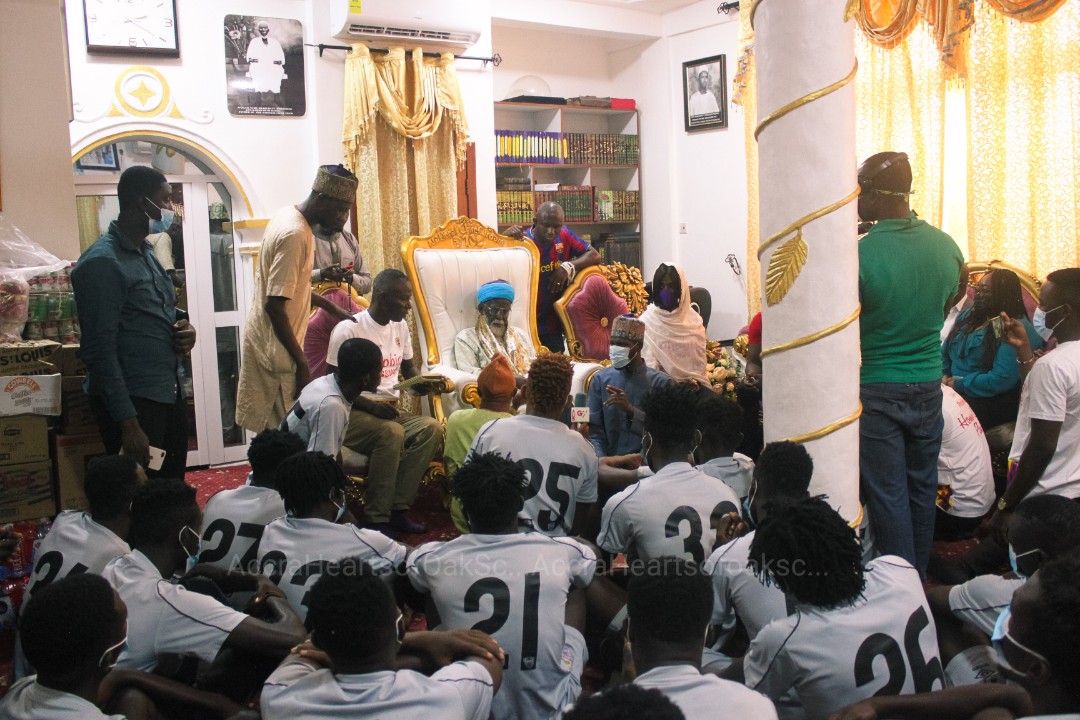 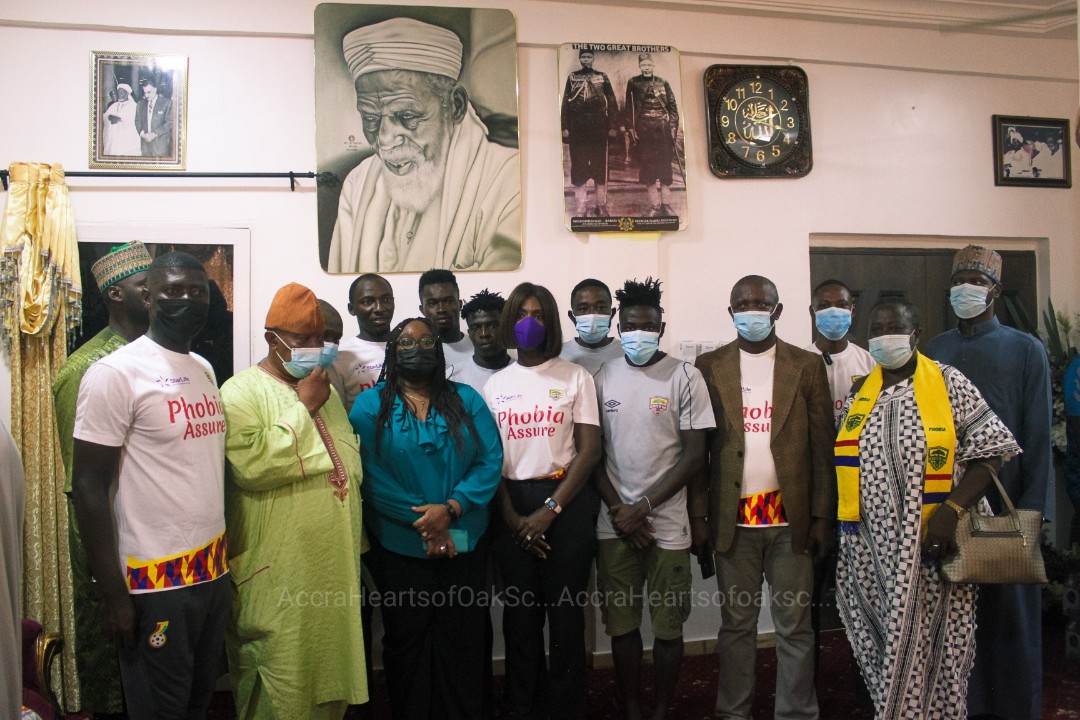 The Chief Imam is a member of the National Peace Council. He is a national icon of peace, unity and development.

Referred to us the "Man of Peace" the National Chief Imam was born on  23 April 1919 at Old Fadama.

He readily embraced Sufism and continued working hard with the Sufi movement until he met with the supreme commander of the Tijaniyya Sufi order of the 20th century, Grand Sheikh Alhadji Ibrahim Nyass from Kaolack in Sénégal when first Ghanaian president Kwame Nkrumah invited him for a friendly visit to the country.