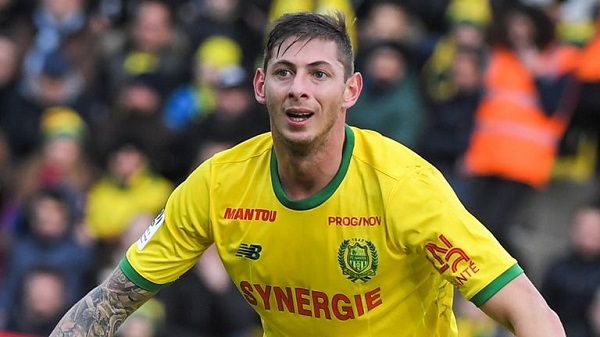 The Argentine striker was on board an aircraft which disappeared from radar near the Channel Islands on Monday evening.

Guernsey Police confirmed a "number of floating objects" were found in the water before Tuesday's search was suspended, although rescuers were unable to ascertain if they were from the missing aircraft.

23rd January
7.30am update.
We have resumed searching. Two planes are taking off & will search a targeted area we believe has the highest likelihood of finding anything, based on review of the tides and weather since it went missing.

Coastal areas around Alderney and off-lying rocks and islands will also be searched from the air.

Updates will be provided once information is available

John Fitzgerald, chief officer of the Channel Island Air Search, said a cushion and bent piece of metal were among the objects recovered.

"The [search] aircraft found various bits of debris and it guided the lifeboat and a nearby fishing boat into the area to have a look at it," Fitzgerald toldSky Sports News.

"The notes from the search director say they found a cushion, a bright orange item beside a dull coloured box and lots of white items in the water floating alongside a piece of white metal, which was a bit bent - apparently, just looking at the notes I have just received."

Fitzgerald says the Channel Island Air Search believe the aircraft broke up after crashing in the Channel.

"At this stage I think it's very unlikely to have an aircraft that's in one piece," he said.

"When a plane goes on the water you only have a few minutes before it does sink. They're not designed to sit on the sea and once you open the doors you usually have two or three minutes before it goes underwater, especially with a lighter aircraft."

It is understood Cardiff City will resume training on Wednesday