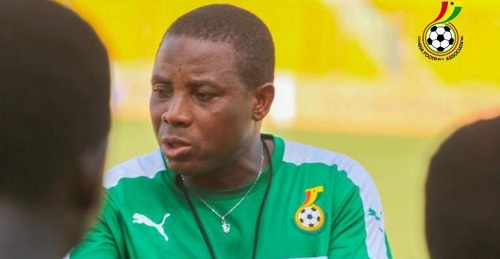 The Communications Department will from now profile all our National Team Coaches. The decision is to make information about these coaches available to the public.

We begin with the National female Under-17s, the Black Maidens:

Baba Nuhu, was born on 1st March 1977 in Tamale in the Northern Region. As a young boy, he developed the love for football at the age of 10 and put in enormous efforts to grow his passion. He first featured for Hearts Babies - a colts club in Tamale where he played for three years as a winger before moving to Yendi All Stars, a defunct Division One Club in Yendi.

Soon after a short football career, Baba Nuhu started life as a football administrator learning the ropes and picking up lessons from stalwarts like Lepowura M.N.D Jawula, Adam Munkaila and Jones Alhassan Abu 20 years ago, stepping in for his childhood admirer Mas-Ud Didi Dramani who had left the Northern Region Football Association for Accra.

Baba harboured the ambition of being an all-round football person so did not allow challenges to stop him from achieving his dream.

He may not have been an exceptional footballer but that did not deter him from venturing into football administration and coaching.

He began taking his coaching badges in 2002 during the five-year development plan rolled out by the late Ben Koufie, former Chairman of the Ghana Football Association.

Baba holds a BA in Development Education from the University of Development Studies, Tamale. He also has an HND, RSA III in Marketing and a Diploma in Computer Software from Tamale Technical University.

In coaching, Baba Nuhu holds a CAF license A and UEFA B and other coaching certificates including FIFA Elite Women, grassroots, youth football course and GFA 5-year Development course certificate.

On the job, he qualified Lepo Ladies (Pearl Pia ladies) to the National Women Premier League in 2012/2013. In 2017, he won Gold as coach of the Northern Regional Women Team during the National Sports Festival in Kumasi. Aside womenâ€™s football, Baba Nuhu handled former Premier League side Bolga All Stars in the 2016/2017 season.

This is not the first time that he is working at the national level, he was an assistant coach in 2018 when the Black Maidens played at the FIFA U-17 World Cup in Uruguay. He got appointed as Black Maidens Head Coach in January 2020.

â€˜Mallamâ€™ as he is affectionately called, is expected to mastermind Ghanaâ€™s qualification to another FIFA U-17 World Cup in India later this year. Baba Nuhu is married with 5 kids.