Sulley Muntari wants to play in Africa with Hearts of Oak 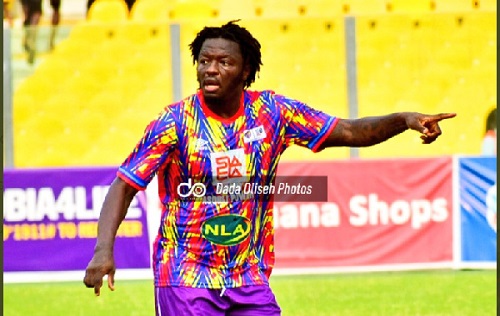 Hearts of Oak midfielder Sulley Muntari has revealed his readiness to renew his contract at Accra Hearts of Oak to continue into the next season.

The 37-year-old midfielder was in fine form for the Phobias since he joined the club in February during the second round of the transfer season.

He says that he wants to continue with the club and has held talks with the board chairman and other management members of the club about a contract extension.

Muntari who has won almost every club trophy in Europe says that he wants to have a feel of African club football so want to stay on.

Hearts of Oak failed to win the league title but retained the MTN FA Cup and will play in the CAF Confederations Cup next season.

Speaking in an interview with GTV Sports, the veteran midfielder revealed that he wants to make Hearts attractive by extending his stay.

“I will extend my contract with Hearts of Oak to play the Africa inter club competition, I really want to experience it.”

And also to help make Hearts of Oak attractive" he said

Muntari, who turns 38 next month, made 11 appearances, providing three assists and scoring once for the Rainbow club.

“I will extend my contract with Hearts of Oak to play the Africa inter club competition, I really want to experience it.” #GTVSports pic.twitter.com/76VZSStljt