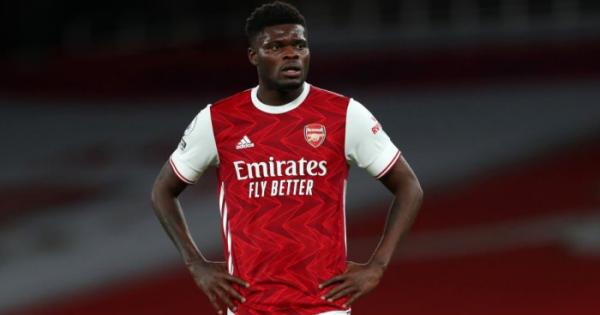 Thomas Partey has been slammed by Martin Keown for his performance in Arsenalâ€™s 1-1 draw with Slavia Prague.

The Gunners failed to take the home advantage in their Europa League quarter-final clash against their Czech opponents on Thursday night.

After a stalemate for nearly the entire 90 minutes, Nicolas Pepe thought heâ€™d scored the winner with just four minutes left on the clock.

But Tomas Holes last gasp equaliser left the tie firmly in the balance, meaning it is all to play for in Prague next week.

One man who has drawn criticism in particular is midfielder Partey, who was far from his best in the European encounter.

The Ghanian has been in a slump in form in recent weeks, and looked second-best alongside Granit Xhaka in the middle of the park.

And Keown picked up on Parteyâ€™s poor showing in particular, insisting he should be taking the game by the scruff of the neck.

â€œPartey, as well, tonight, was another player that really disappointed me,â€ he told BT Sport.

"Watching it live here, and weâ€™re not getting into the stadiums that often, he didnâ€™t look like he had the legs to get around the pitch.

â€œHe wasnâ€™t really bossing that midfield, and credit to them, by the way, Slavia Prague because theyâ€™ve got lots of good players and made good substitutions.

â€œBut thatâ€™s an area of the pitch that I wouldâ€™ve thought by now, he would be bossing.â€

Known also spoke of his disappointment at Arsenalâ€™s defence, insisting that was the time to keep their first clean sheet in 14 games.

â€œItâ€™s gut-wrenching,â€ he added. â€œYou thought that Arsenal had just about done enough.

"They had good opportunities in the game, Lacazette with a great opportunity, then they just got ahead through Pepe after making the changes. The substitutes gave Arsenal much more energy.

â€œThen the marking for the corner is atrocious or non-existent. Gabriel, in the build-up to that thereâ€™s a bit of panic, a nervousness.

â€œAs you say, no clean sheet in 14 games for Arsenal and it showed tonight. When they needed it most, to keep a clean sheet in the last 5 or 10 minutes, they just couldnâ€™t do it.â€