Thomas Partey; This is why he is a target for top European teams 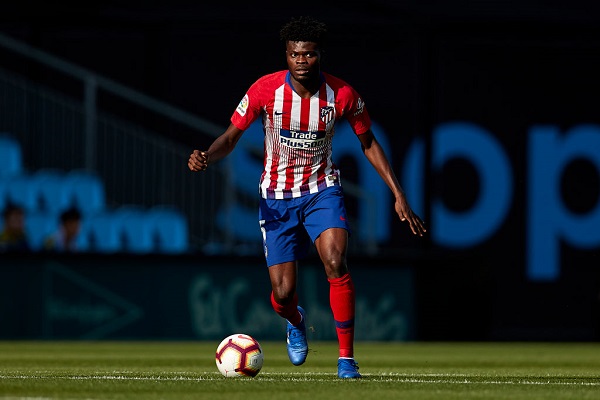 Thomas Partey; This is why he is a target for top European teams

Thomas Partey’s fast-rising value and prominence has been enough for a full PrimeNewsGhana's profile, especially after we read coach Diego Simeone saying last week: ‘Partey could have played for Manchester City or Manchester United.’

So where did it all start for Partey? How did he end up at Atletico? What type of midfielder is he? Which clubs are targeting him?

Firstly, like many African players with a western name such as Thomas, the Ghanaian midfielder is known as Teye to his parents. Thomas Teye Partey was born 25 years ago in the Eastern town of Ghana called Krobo Odumase. Partey’s route to Spain was as short as playing at Ghana’s Odometah FC’s academy before heading to Athletico’s B side in 2013 aged 20.

What type of midfielder is he?

The dread-locked Black Star international is a defensive midfielder, but like every ‘DM’, he has his own unique traits. Fansided describes Partey style: “He is one of the best tacklers of the ball in the world, is a good dribbler, and has the ability to intercept through balls from opposition attackers. Also, Thomas Partey rarely makes mistakes and can also take powerful shots from outside the box.”

Who wants to Partey?

Transfer rumours have linked the Ghanaian star with several European heavyweight clubs such as Paris Saint Germain, Manchester City as well as Arsenal.