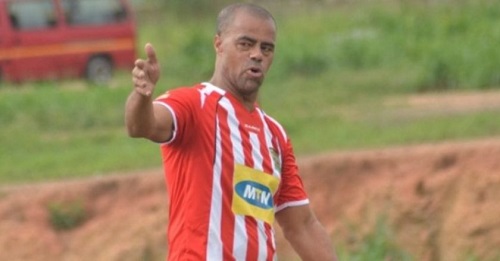 Former Coach, Steven Polack has opened up on his love for the Asante Kotoko saying he will forever remain a part of the club.

Polack joined the Porcupines in March 2017 and led the club to the 2017 FA Cup title with a 3-1 win over rivals Hearts of Oak ahead of another triumph over the Phobians in the President's Cup that same year.

The British trainer was replaced in February 2018 after failing to lead the Porcupines to the group stage of the CAF Confederation Cup but says he will never forget his time at the club.

"I have a lot of memories at Kotoko, winning the MTN FA Cup in Tamale and also winning the President's Cup in front of our supporters in Kumasi. I enjoyed my time there," reveals Polack, who now handles Kenyan giants, Gor Mahia.

"The supporters made me feel welcomed, and working with the staff and my players will forever last on my memory. And, I will remain one of them forever."

Polack also speaks about the decision by the Ghana Football Association to cancel the 2019/2020 season due to the coronavirus pandemic and name the Porcupines as Ghana's representative in next season's Champions League.

"Kotoko have been the best in Ghana for some years now and I am sure the FA knows that, and that is why they have chosen them to represent Ghana in Africa," says the current Coach of Kenyan side Gor Mahia.

Competitive football has been on break since March this year, and Polack believes the players will struggle in hitting the right fitness levels for the African championship.

"I fully support it. But, it has been a long time since the club played competitive games and that will affect the players' fitness levels in the competition."

"I get alarmed because we have the same problem here," Polack recounts the situation at current club. "CAF's competitions may start in September and we have not trained for the last three months so it is going to be difficult for everyone but Kotoko deserve the slot."

Polack got severely injured when the team bus got involved in an accident three years ago yesterday on our back from Accra after a Premier League game.

The coach recalls the sad incident of July 12, 2017, and bemoans that it was one of the worst moments of his life.

"It is one of the worst for me and I do not remember too much of the accident but what happened after that. We lost our brother (Thomas) Asare, which is something that will be with me for the rest of my life."

"My injuries; I have some problems with my back and my knee but the most important thing is that I am healthy and we pray it never happens again."